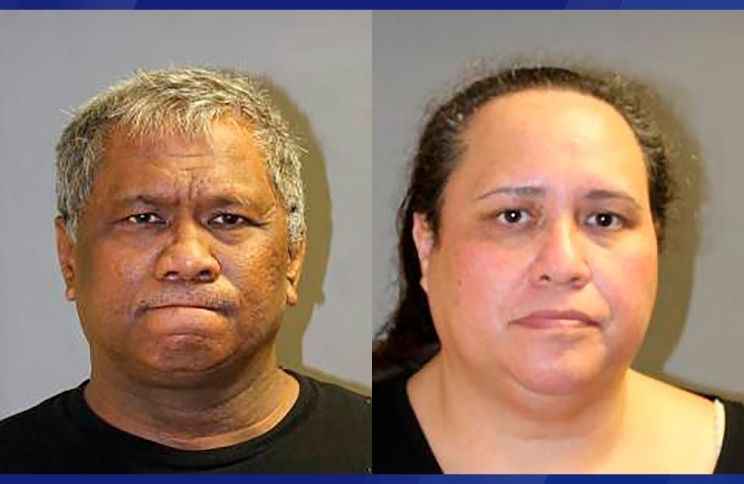 This undated photo provided by the Honolulu Police Department shows Lehua Kalua, right, and Isaac Kalua, left. A Hawaii couple accused of killing their 6-year-old adoptive daughter a month before reporting her missing has pleaded not guilty to murder. A grand jury previously indicted Isaac and Lehua Kalua on murder and other charges. During a court hearing Monday, Nov. 29, 2021, they pleaded not guilty via video from jail. [Honolulu Police Department via AP, File]

A Hawaii couple accused of killing their 6-year-old adoptive daughter a month before reporting her missing pleaded not guilty to murder Monday.

The body of Isabella Kalua, known by some by her birth name of Ariel, has not been found.

A grand jury indicted Isaac and Lehua Kalua on murder and other charges. They appeared via video from jail for a brief court hearing Monday. Their court-appointed attorneys entered not guilty pleas for them.

A judge set a trial for January.

According to court documents, the girl’s older biological sister, also adopted by the Kaluas, told a detective she saw Isabella in a dog cage, with duct tape on her nose and mouth and not breathing.

Lehua Kalua’s murder charge involves allegedly inflicting the damage that led to Isabella’s death, Honolulu Prosecuting Attorney Steve Alm has said, and not taking reasonable steps to seek medical help for her. The husband is charged with what’s referred to as murder by omission, by not helping Isabella, Alm said.

A reward for information about her disappearance or information leading to the recovery of her body has grown to $15,000, Honolulu Crimestoppers said.