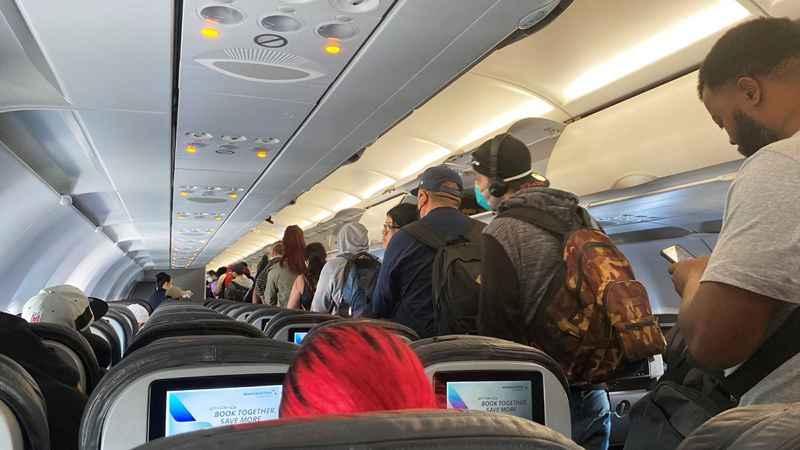 In this Monday, April 27, 2020, photo provided by Vince Warburton, passengers get off an American Airlines flight airplane after they landed at Los Angeles International Airport.[AP/ Vince Warburton]

The Federal Aviation Administration (FAA) announced Wednesday that they have adopted a stricter policy for unruly passengers in response to a recent uptick in passenger incidents.

According to a release from the FAA, Administrator Steve Dickson signed an order that will direct stricter legal enforcement of policy against unruly airline passengers in response to recent "troubling" incidents.

The release says the FAA has seen an increase in incidents where airline passengers have disrupted flights with threatening or violent behavior. The incidents have stemmed both from passengers who refuse to wear masks and from recent violence at the U.S. Capitol, the release states.

“Flying is the safest mode of transportation and I signed this order to keep it that way,” Dickson said.

Historically, the FAA addresses unruly passengers with a variety of methods including warnings, counseling and civil penalties. However, the new policy will make it so that the agency will not address cases with warnings or counseling. The FAA will pursue legal enforcement against any passenger who assaults, threatens, intimidates or interferes with airline crew. The new policy goes into effect immediately and will be in place through March 30.

Penalties for these offenses can be up to $35,000 in fines and imprisonment.