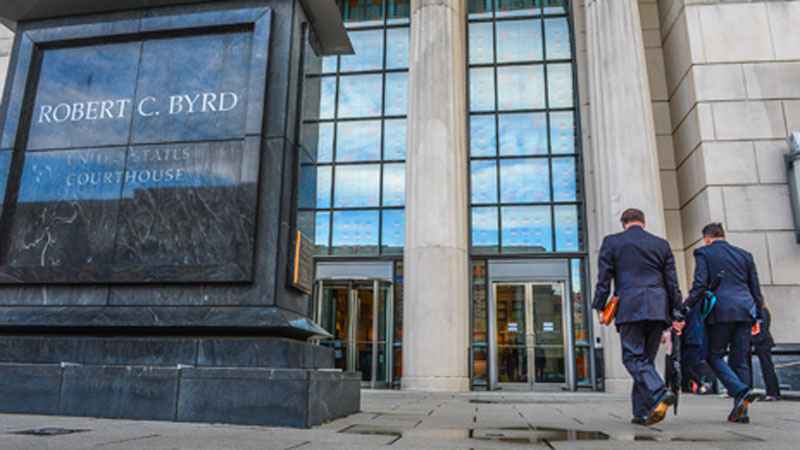 West Virginia’s former health commissioner described a culture of doctors for years writing more opioid prescriptions for their patients than necessary in a landmark trial in which local governments accuse three large drug distributors of fueling the U.S. opioid epidemic.

Dr. Rahul Gupta testified Thursday that doctors had a "culture of attempting to reduce pain to a level of zero for every American, for every West Virginian."

The "intent was good — for good doctors. But because of that intent, they wrote prescriptions" for longer than needed, he added. "The bad doctors are writing regularly and ritually a large amount of prescriptions."

It was the fourth day of the trial in Charleston, and it featured cross-examination of witnesses from defense attorneys and testimony from a quick emergency response worker who treats overdoses in Huntington.

Similar lawsuits have resulted in multimillion-dollar settlements, but this is the first time allegations have wound up at federal trial. The result could have huge effects on hundreds of similar lawsuits that have been filed across the country.

Cabell County and the city of Huntington argue that drug distributors AmerisourceBergen Drug Co., Cardinal Health Inc. and McKesson Corp created a "public nuisance" by flooding the area with 80 million opioid doses over eight years and ignoring the signs that the community was being ravaged by addiction.

Attorneys for the companies attempted to show that West Virginia may have had a higher need for the opioid painkillers than other areas, owing to the state’s aging population and the many workers in coal mining and industrial sectors. They questioned Gupta on the witness stand for several hours.

They also addressed the issue of opioid withdrawal afflicting infants whose mothers were using opioids during pregnancy. Timothy Hester, an attorney for McKesson Corp., said the Centers for Disease Control and Prevention never ruled out the use of opioid prescriptions for pregnant women, even as it urged caution.

Gupta said there were an array of "additional risks," including withdrawal effects, for babies exposed to opioid prescriptions in the womb, adding that the grave risks should be deeply considered by physicians and patients.

Huntington was once ground zero for the addiction epidemic until a quick response program that formed in 2017 drove the overdose rate down. Then the pandemic undid much of the progress. The plaintiffs called up Connie Priddy, a program coordinator for the Huntington team, who said the epidemic hit people from all walks of life.

Her team has sat in homes "with a dirt floor and a mattress, and they sit in million-dollar homes," she said. "It cuts across gender, it cuts across race, it cuts across every socioeconomic line. There is no typical person who overdoses."

Earlier this week, the defense also attempted to shift the blame away from their clients by arguing that what happens after delivery is out of the suppliers’ control. They also pointed out that the companies — known as "The Big Three" — had no authority over illicit street drugs, the cause of the current crisis.

The defendants argued Tuesday that they filled orders when the Drug Enforcement Administration, West Virginia Board of Medicine and others asked for larger shipments.

A judge last month rejected the companies’ attempt to dismiss the case.

In separate, similar lawsuits, West Virginia reached a $37 million settlement with McKesson in 2019 and $20 million with Cardinal Health, and $16 million with AmerisourceBergen in 2017.