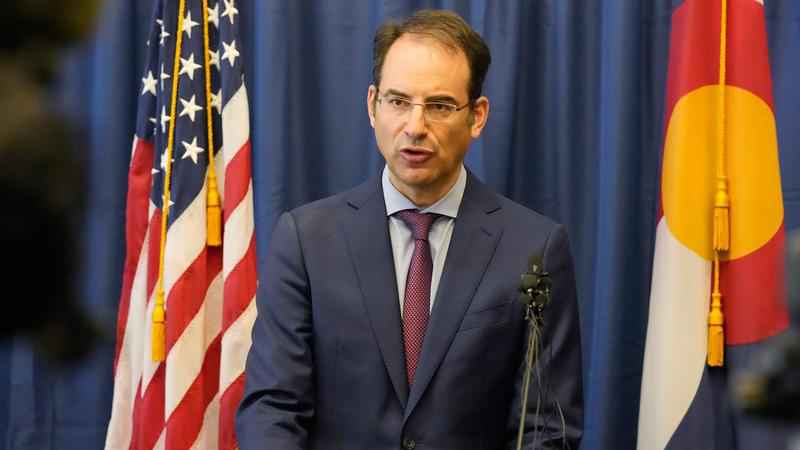 FILE - In this Sept. 1, 2021, file photo, Colorado Attorney General Phil Weiser talks about a grand jury investigation into the death of Elijah McClain, a Black man who was put in a chokehold by police and injected with a powerful sedative two years ago, during a news conference in Denver. Colorado's attorney general said Wednesday, Sept. 15, 2021, that a civil rights investigation begun amid outrage over the death of McClain has found that the Aurora Police Department has pattern of racially biased policing.[AP Photo/David Zalubowski]

A civil rights investigation begun amid outrage over the death of Elijah McClain has found that the Aurora Police Department has a pattern of racially biased policing, Colorado’s attorney general said Wednesday.

Attorney General Phil Weiser said the investigation found the department has long had a culture in which officers treat people of color — especially Black people — differently than white people. He said the agency also has a pattern of using unlawful excessive force; frequently escalates encounters with civilians; and fails to properly document police interactions with residents.

"These actions are unacceptable. They hurt the people that law enforcement is entrusted" to serve, he said.

Weiser urged the police department to commit to recommended reforms in officer training, its policies on use of force and especially stricter standards for police stops and arrests. If it fails to do so, he said his office will seek a court order compelling the department to do so — but he noted that the department fully cooperated in the investigation.

Police stopped McClain, a 23-year-old massage therapist, as he walked home from a store on Aug. 24, 2019, after a 911 caller reported a man wearing a ski mask and waving his hands who seemed "sketchy."

Officers put McClain in a chokehold and pinned him down. Paramedics injected him with 500 milligrams of ketamine, an amount appropriate for someone 77 pounds (35 kilograms) heavier than McClain’s 143-pound (64-kilogram) frame, according to an indictment. He fell unconscious, was pronounced brain-dead at a hospital, and was taken off life support.

The state civil rights probe, announced in August 2020, was the first of its kind under a sweeping police accountability law passed in Colorado the month before amid protests over the killings of McClain and George Floyd.

Weiser said his office wants a state agreement with Aurora, called a consent decree, to be submitted to a court. The decree would specify what the city and department must do to fulfill his investigation’s recommendations.

Sheneen McClain, the single mother who raised Elijah, said she participated in the state investigation, welcomed its findings and urged the police department to work with Weiser’s office.

"It’s just terrible that it takes my son’s death for Aurora police to change what they’ve been doing for a long time in this community," she said. "Front and center: Elijah would still be here if the system was operating like it should. My son’s death was preventable and it’s really sad that it took all this to get justice done and make sure it won’t happen to someone else."

The Colorado police accountability law made it unlawful for police officers or other employees of government agencies to deprive people of their constitutional rights and gave the attorney general the power to enforce it.

Weiser’s office is also prosecuting three police officers and two paramedics on manslaughter, criminally negligent homicide and assault charges in McClain’s death. He convened a grand jury to decide whether to file criminal charges after being ordered to take another look at the case by Democratic Gov. Jared Polis amid last year’s protests.

The grand jury indicted all five.

The Aurora Police Department also faced criticism when officers put four Black girls on the ground last year and handcuffed two of them next to a car that police suspected was stolen but turned out not to be.

McClain’s parents have filed a lawsuit alleging that police treatment of McClain was part of a pattern of racially biased policing that has involved aggression and violence against Black people.