About 60,000 brought to US in Afghan evacuation 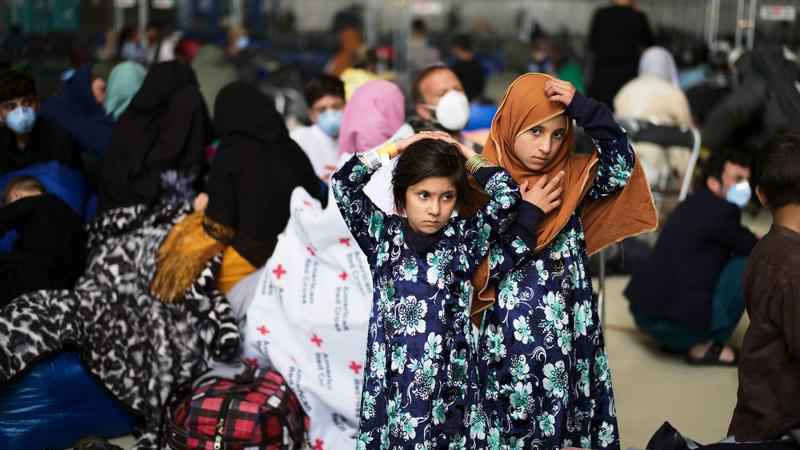 Two girls from Afghanistan wait with other evacuees to fly to the United States or another safe location in a makeshift gate inside a hanger at the U.S. Air Base in Ramstein, Germany, Wednesday, Sept. 1, 2021. The United States is using the military base in Ramstein, Palatinate, as a hub for the evacuation of shelter seekers and local forces from Afghanistan.[AP Photo/Markus Schreiber]

The U.S. Department of Homeland Security says about 60,000 people have arrived in the country since Aug. 17 from Afghanistan as part of the evacuation formally known as Operation Allies Welcome.

DHS said in the latest updated released Wednesday that 17% of those arrivals are U.S. citizens and permanent residents who were in Afghanistan when the government there fell to the Taliban.

The remaining 83% are a mix of people. They include those with Special Immigrant Visas, for people who worked as interpreters or in some other capacity for the U.S. or NATO. There are also other visa holders as well as applicants for visas who have not yet completed their processing. The remainder are various types of “vulnerable” Afghans who would be threatened under the Taliban, such as women and human rights advocates.

DHS Secretary Alejandro Mayorkas says a small number of evacuees have been prevented from entering the U.S. through “multi-layered” security vetting but he declines to provide specific numbers of provide details about the cases.