A final EPA rollback under Trump curbs use of health studies 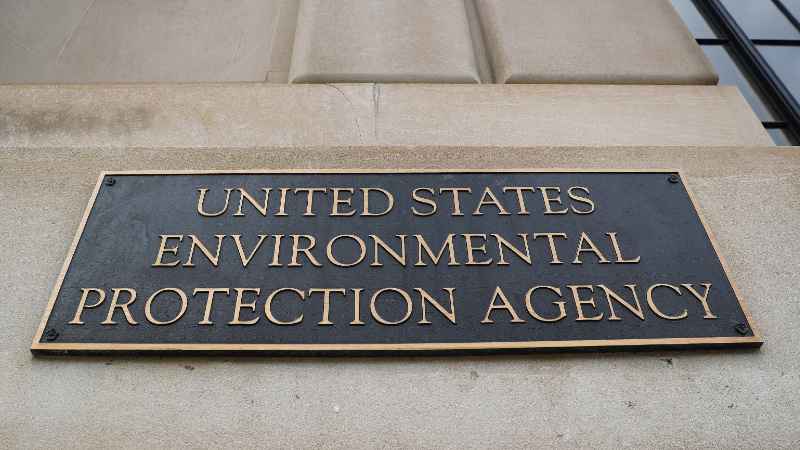 FILE - In this Sept. 21, 2017, file photo, the Environmental Protection Agency (EPA) Building is shown in Washington. The Trump administration has completed action on one of its biggest remaining rollbacks of public health and environmental rules. EPA administrator Andrew Wheeler has wrapped up what he calls a transparency rule. The change could bar the agency from considering the findings of public-health studies unless the studies' raw data is made public.[AP Photo/Pablo Martinez Monsivais, File]

The Environmental Protection Agency released one of its last major rollbacks under the Trump administration on Tuesday, limiting what evidence it will consider about risks of pollutants in a way that opponents say could cripple future public health regulation.

EPA Administrator Andrew Wheeler said the new rule, which restricts what findings from public health studies the agency can consider in crafting health protections, was made in the name of transparency about government decision-making. “We’re going to take all this information and shine light on it,” Wheeler said Tuesday, in unveiling the terms of the new rule in a virtual appearance hosted by a conservative think tank.

“I don’t think we get enough credit as an administration about wanting to open up … to sunlight and scrutiny,” Wheeler said of the Trump administration, which has already rolled back dozens of public health and environmental protections.

Opponents say the latest rule would threaten patient confidentiality and privacy of individuals in public health studies, and call the requirement an overall ruse to handicap future regulation.

“This really seems to be an attempt by Wheeler to permanently let major polluters trample on public health,” said Benjamin Levitan, a senior attorney with the Environmental Defense Fund advocacy group. “It ties the hands of future administrations in how they can protect the public health.”

Wheeler said the rule will go into effect Wednesday, just one day after its final terms were made public, an unusually brief period. The change comes after hundreds of thousands of earlier objections from scientists, public-health experts, regulators, academics, environmental advocates and others in public hearings and written remarks, in some of the strongest protests of recent years to a proposed EPA rule change.

The new regulation would restrict regulators’ consideration of findings from public health studies unless the underlying data from them are made public. The rule deals with so-called dose response findings, which look at harm suffered at varying exposures to a pollutant or other toxic agent.

Some industry and conservative groups have pushed for the change for decades, calling public health studies that hold confidential potentially identifying data about the test subjects “secret science.”

The change could limit not only future public health protections, but “force the agency to revoke decades of clean air protections,” Chris Zarba, former head of the EPA’s Science Advisory Board, said in a statement.

Wheeler said Wednesday that the increased requirement for public disclosure would only increase public acceptance of EPA regulation.

Public health studies — such as Harvard’s 1990s Six Cities study, which drew on anonymized, confidential health data from thousands of people to better establish links between air pollution and higher mortality — have been instrumental in crafting health and environmental rules. The Six Cities study led to new limits on air pollutants under the Clean Air Act.

Wheeler was equivocal Tuesday on tossing out that pivotal study in particular as a basis for health rules. “It can still be used and probably will be used,” he said. “It could still pass muster.”

The EPA has been one of the most active agencies in carrying out President Donald Trump’s mandate to roll back regulations that conservative groups have identified as being unnecessary and burdensome to industry.

Many of the changes face court challenges and can be reversed by executive action or by lengthier bureaucratic process. But undoing them would take time and effort by the incoming Biden administration, which also has ambitious goals to fight climate-damaging fossil fuel emissions and lessen the impact of pollutants on lower-income and minority communities.