As snow, bitter cold and strong winds descend upon the Midwest, travelers in Minnesota are trying to beat the worst of the winter storm to reach their Christmas holiday destinations.

More than 100 million Americans, traveling by road and air, could be affected by the stormy weather.

Jeff Lea, a spokesperson for the Metropolitan Airport Commission, also says there was a ground stop from about 6:40 PM until 8 PM.

He says the stop was prompted by a change in wind direction. 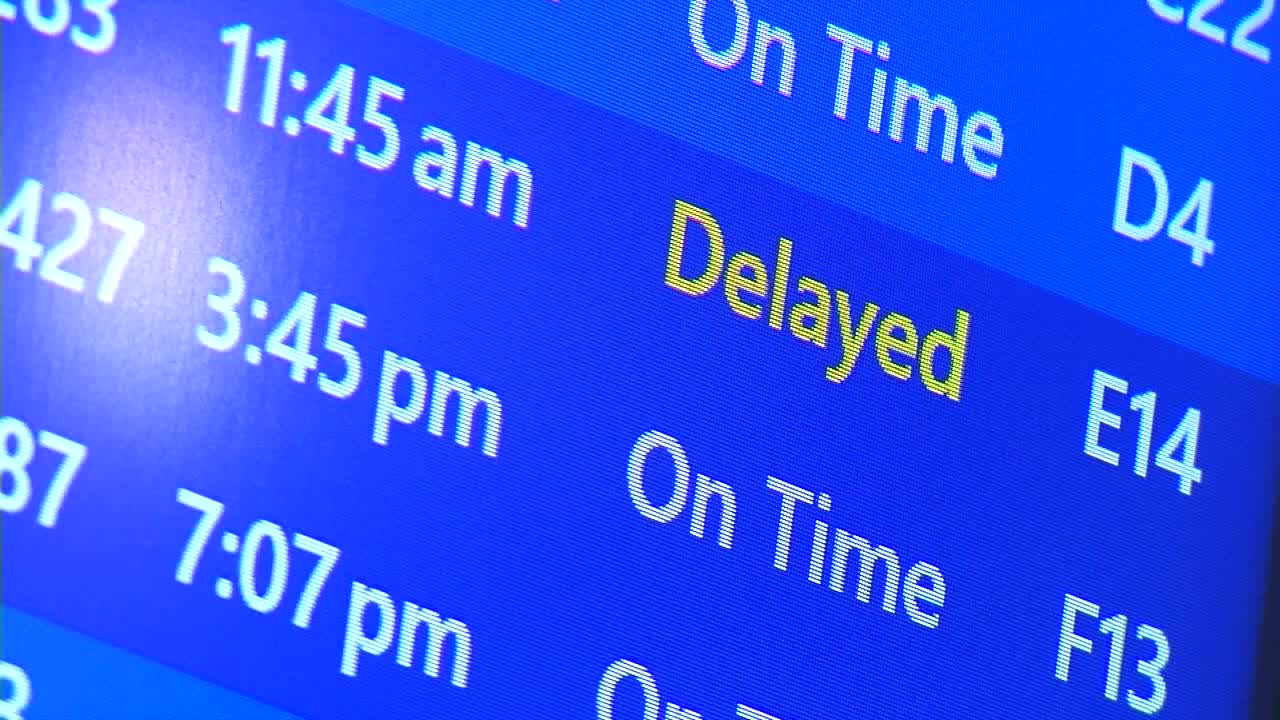 That means flights have to change landing paths and tarmac crews need to clean off runways.

Alexis Mann was one of the thousands of people trying to make their flights Wednesday morning. Her advice for those flocking to the airport?

The airport was packed with people during the early morning hours as Minnesotans raced to the skies to beat the winter storm.

“Everybody has been scared of the blizzard, and everyone wants to run away to warm climates,” said Noel Khan, a Delta Air Lines employee.

While some are running away from the fresh powder, others are sprinting toward it.

“I’m headed to Utah to ski over winter break,” traveler Ethan Zhao said. “Oh, we love the snow in
Minnesota.”

During the afternoon hours, it was calm during the storm. Security line wait times were less than five minutes and flights were on schedule.

But some people driving to MSP are behind schedule.

“It was supposed to take an hour and 20 minutes, but it took two hours,” said Kirsten Brindley, who is picking up her son from the airport. “It’s all about the holidays and having family home and being able to spend time together.”

She made the drive to pick up her son, who hasn’t been home for Christmas in a few years.

“I like to come home for Christmas. It’s nice to be back with family,” Taylor Brindley, Kirsten’s son, said.

For some Minnesotans, a warm hug can do wonders on a cold day.

“Oh it’s great,” said Keith Dauschmidt, who was picking up his mom from the airport. “We’re going to see the grandkids and the great grandkids, too.”

On the roads, blowing snow Thursday and Friday is expected to make travel extremely difficult or even life-threatening. Some drivers we spoke to Wednesday have decided to change their plans.

“So I was going to plan on leaving tomorrow night, and then I saw the weather and I was like I need to leave earlier,” Vanessa Martin said. “So I’m either going to leave late tonight or early tomorrow morning instead.”

But others say they’ve stayed the course and are prepared to face the weather head on.

But whether they change their travel plans or not, winter preparedness remains top of mind.

“I always keep two blankets in my car, hat, gloves, and extra coat, and that kind of stuff, and then no matter where I’m going I always make sure my tank is full,” Kubela said. “It’s really easy to get stranded on the roads, if there’s ice especially.”

Stay tuned to Minnesota’s Weather Authority as we continue to follow this winter storm.