Hermantown earned the top seed entering the Class A Boys Hockey State Tournament and the Hawks left no doubt that they were worthy of that lofty status.

Coming on the heels of a dominant regular season, the Hawks completed an overwhelming postseason dash with a 3-2 victory over Warroad in the Class A championship game on Saturday, March 12, 2022 at the Xcel Energy Center in downtown St. Paul. Junior playmaking sensation Zam Plante scored two second-period goals to send the Hawks (29-2-0) to their fourth Class A crown and first since 2017. The other championships came in 2007 and 2016.

In six postseason games, the Hawks outscored the opposition 45-4.

During the Class A final, however, a surplus of goals wasn’t available, so the Hawks showed balance by scoring timely goals while backstopping it with sound, stingy defense in avoiding a Class A runner-up finish for the ninth time in program history. It was Hermantown’s second narrow victory over Warroad (26-4-1) this season. The other was a 2-1 decision on Jan. 15. Since a 6-3 loss to Maple Grove, a Class AA championship entrant later Saturday, on Jan. 29, the Hawks finished the season on a 12-game winning streak.

Warroad was attempting to duplicate the state championship run of the school’s girls program, which captured a Class A title two weeks ago. Warroad also has four Class A crowns, but none since 2005. It is the seventh runner-up finish for the Warriors. 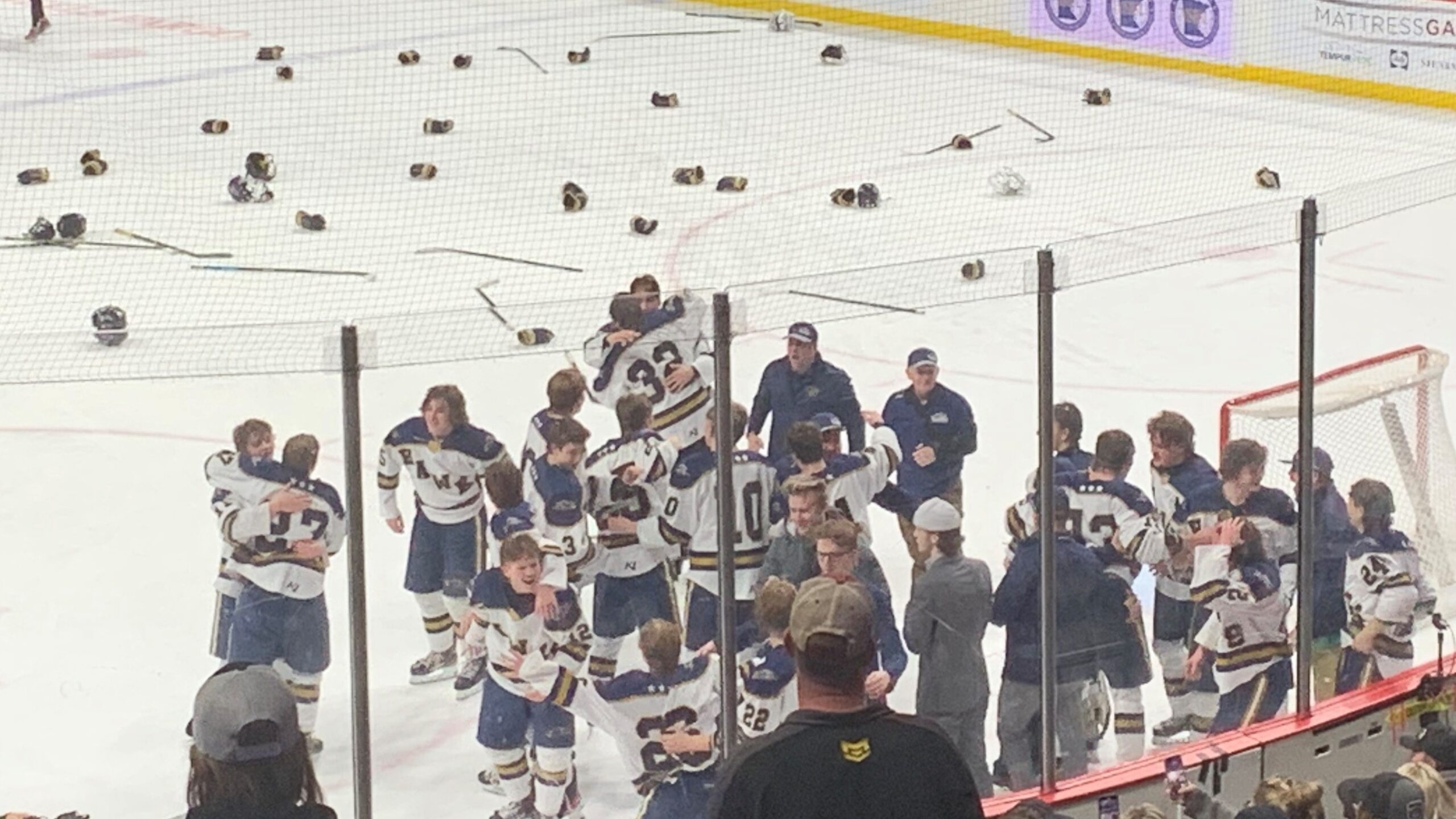 In a scoreless third period, Hermantown squelched any Warroad comeback hopes by limiting the Warriors to just three shots on goal.

Hermantown led twice in a two-minute span of the second period.

The Hawks snapped a 1-all deadlock after one period of play when senior forward Zam Plante scored the first of two goals. Just 55 seconds into the second period, Plante took advantage of a Warroad turnover and snapped off a shot from near the circle dot.

But Warroad wasted little time in creating a 2-all deadlock. Less than a minute later, junior forward Griffin Marvin was credited with a goal courtesy of a shot by teammate Carson Pilgrim, a sophomore forward. Pilgrim began the play when he fired a shot from the left side. The puck hit Marvin in his left leg and dropped downward before skittering past Hermantown sophomore goalie Dane Callaway.

It wasn’t tied for long. Plante again broke the deadlock when he scored from between the circles after taking a dump pass from junior linemate Kade Kohanski.

Through two periods of play, Hermantown held a 28-18 advantage in shots on goal.

Warroad opened the scoring with 6:15 left in the first period on a goal from junior forward Garrett Hennum. He spun and fired a bank shot from below the goal line. The puck made its way through a narrow opening between the pipe and Callaway. Hermantown answered shortly after on a stuff shot by senior forward Dominic Thomas.