Kevin’s father, Tom Brockway, and Adams met at the scene of the crash Saturday to speak on the impact of drunken driving.

Kevin and Adams were ringing in the new year with friends. Despite drinking all night, Brockway tried to drive home.

He drove into a tree, dying in the crash and injuring Adams. His blood alcohol level was three times the legal limit.

Adams survived the crash, but had to relearn everything. 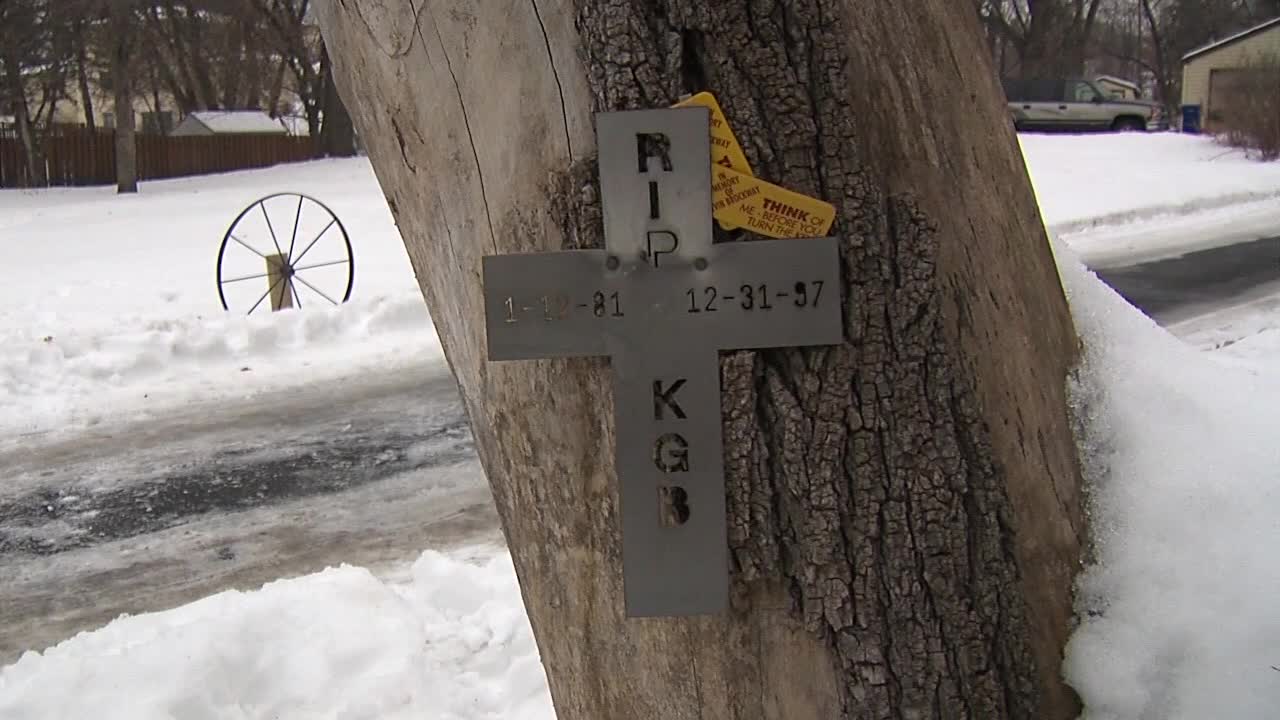 “The car smashed me in my pelvis so I was broke in 8 places,” he said. “A plate and 8 screws holding that together. I lost a kidney, punctured my lungs. My liver was cut in half, I had 90 percent brain damage.”

Tom Brockway has spent years bringing the wrecked car to schools across Minnesota to share the dangers of drunken driving.

“Kevin’s Law” was passed in Brockway’s honor in 1999, making it a felony to provide alcohol to minors who end up hurt or killed.