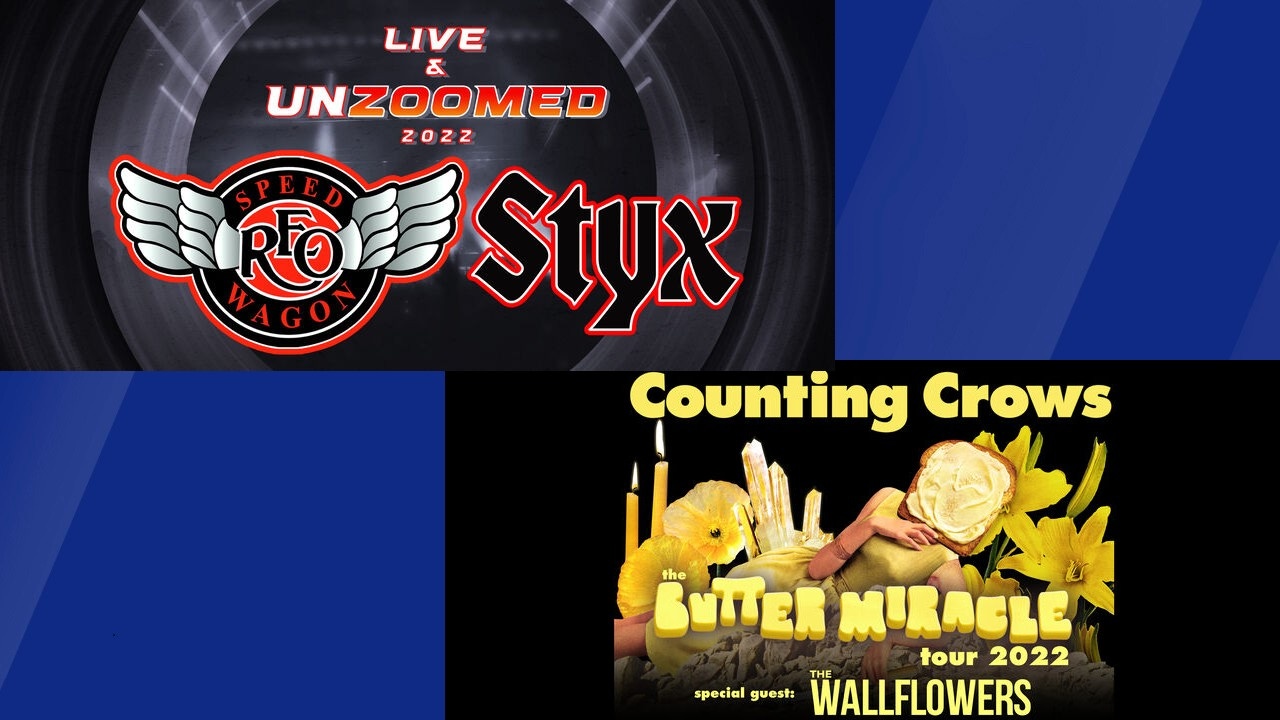 Meanwhile, REO Speedwagon and Styx will perform with special guest Levon at 7 p.m. on Thursday, Sept. 1.

Tickets for the concerts go on sale at 11 a.m. and noon on Friday, April 22, respectively.

Counting Crows, known for a multi-platinum album “August and Everything After,” has songs such as “Accidentally in Love” and “Elevator Boots.” Meanwhile, The Wallflowers are known for hits such as “Bringing Down the Horse” and “Glad All Over.”

Styx, known for hits such as “Lady,” “Miss America,” “Crystal Ball,” “Renegade” and others, released an album last year.