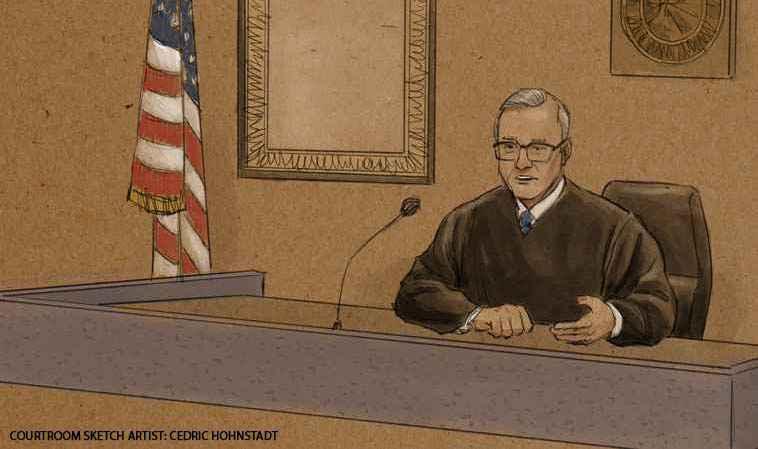 Tuesday, Minnesota prosecutors asked a judge to reconsider his decision to have two separate trials for the former Minneapolis police officers charged in George Floyd’s death over concerns about possible COVID-19 exposure.

Dr. Michael Osterholm, director of the University of Minnesota’s Center for Infectious Disease Research and Policy, said in an affidavit filed by the state that one trial in the summer would present fewer health risks due to COVID-19 than the current setup, which would have Derek Chauvin’s trial begin on March 8 and the trial for Thomas Lane, J Alexander Kueng and Tou Thao start on Aug. 23.

He concluded that having Chauvin’s trial in March "could have potentially catastrophic consequences for public health."

Additionally, Osterholm noted the new COVID-19 variant that is known to be transmitted more easily means there’s greater risk, and two separate trials substantially increases the amount of gatherings. He added that it’s not just for in-court participants, but also for safety personnel, media and demonstrators.

"From a public health perspective, it would be substantially safer to hold one combined trial in the summer of 2021 than two separate trials in March 2021 and August 2021," Osterholm said.

"Although this will not eliminate the risk that COVID-19 could be transmitted during the trial, it is expected that the risk of COVID-19 transmission in the summer of 2021 will be substantially lower than in March 2021," he added.

Prosecutors cited Osterholm’s affidavit, saying, "The State is ready to begin trial of Chauvin and the other three defendants on March 8. It believes, however, that there are grave risks to public health in holding this particular trial, with all of its unique facets, on that date."

"These public health concerns counsel strongly in favor of rejoining all four Defendants for trial and scheduling a single, joint trial for the summer of 2021," the state added.

The state also argued that, according to Osterholm, it’s "extremely likely that one or more of the dozens of participants in this trial … will contract the coronavirus during a trial held in March 2021" and the likely demonstrations "further increase the odds that the trial will become a superspreader event."

"We respectfully disagree with the Court’s decision to sever three of the defendants from the other and its ruling on the timing of the trials. As we argued several months ago, and as the judge agreed in his November ruling, we believe all four defendants should be tried jointly. The evidence against each defendant is similar and multiple trials may retraumatize eyewitnesses and family members and unnecessarily burden the state and the court while also running the risk of prejudicing subsequent jury pools.

"It is also clear that COVID-19 will still be a serious threat to public health in 8 weeks’ time. While we are confident that the Court has established protocols to reduce the risk of COVID-19 transmission during trial, we believe, and independent public health experts agree, that with the advent of the vaccine the threat will be significantly abated by mid-year for everyone participating in or with an interest in this case. Nevertheless, we are fully prepared and look forward to presenting our case to a jury whenever the Court deems fit."