Former Minneapolis police officer Derek Chauvin will stand trial alone in March while the other three former officers charged in the case relating to George Floyd‘s death will go on trial together late this summer, according to a court ruling.

The prosecution and defense came together last week to argue their positions in moving the murder trial to a later date during a remote hearing. The State has asked the trial to be pushed back three months, which would move the original date of March 8 to June.

Prosecutors have argued there is a COVID-19 concern and that the delay could allow more people to get vaccinated against the virus. The list includes prospective jurors as well as large groups of protesters expected to gather across Minneapolis during the trial. 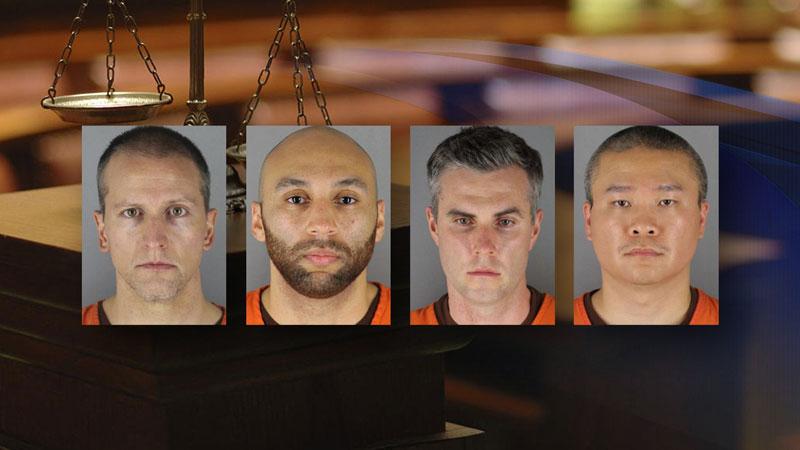 According to the court filings, Chauvin’s jury trial will begin on March 8. Then, former officers Thomas Lane, Alexander Kueng and Tou Thao will remain joined for trial starting on Aug. 23.

In addition to the discussion of moving trials, the State and the defense also discussed a modification of the expert witness disclosure deadlines.

"The Court’s amended Order of December 17, 2020, extending expert witness disclosure deadlines, shall be amended, but only to allow the State to disclose expert reports and findings and complete written summaries of the subject matter of each expert’s testimony by February 1, 2021," the court filings stated, in part, on Chauvin’s trial.

The order doesn’t apply to the other three, as they "may agree to a later date for expert disclosures" for the August trial.

“It really is, I think, probably an appropriate compromise,” said Rachel Moran, an associate professor at the University of St. Thomas School of Law and former defense attorney.

She said she understands, from a legal standpoint, both the former officers attorneys’ arguments that their clients didn’t want to be grouped together as well as the state’s argument that separate trials would be traumatic for witnesses.

The two trials could prove to be an advantage for the former officers.

“I think that the three officers accused of assisting will certainly be paying extremely close attention to the first trial and it could give them an advantage in understanding how the state prosecutes the case,” Moran said. “It would give an advantage if Mr. Chauvin were eventually acquitted, then they would have a much stronger argument that they shouldn’t be held responsible if he wasn’t.”

An acquittal, she said however, doesn’t necessarily mean Thao, Lane or Keung would be off the hook but the state would have to reassess its strategy.

“If Chauvin does get convicted on one or more counts, I would imagine the state may reopen the possibility of plea negotiations with the other officers if they can pressure them into a guilty plea, perhaps,” said Moran.

"We respectfully disagree with the Court’s decision to sever three of the defendants from the other and its ruling on the timing of the trials. As we argued several months ago, and as the judge agreed in his November ruling, we believe all four defendants should be tried jointly. The evidence against each defendant is similar and multiple trials may retraumatize eyewitnesses and family members and unnecessarily burden the State and the Court while also running the risk of prejudicing subsequent jury pools.

"It is also clear that COVID-19 will still be a serious threat to public health in 8 weeks’ time. While we are confident that the Court has established protocols to reduce the risk of COVID-19 transmission during trial, we believe, and independent public health experts agree, that with the advent of the vaccine the threat will be significantly abated by mid-year for everyone participating in or with an interest in this case. Nevertheless, we are fully prepared and look forward to presenting our case to a jury whenever the Court deems fit."

“The crime was done together, why not have them all together,” he said. “Let’s just hope and pray that due process does work out.”

He told us he understands why Chauvin’s trial is happening first and hopes both trials will be open and honest.

“Let’s hope the trial gets done and over with, everybody gets what the court deems them to have and let’s move on,” he said. “It’ll never be behind us because we’ll always have to remember the last Thanksgiving and Christmas, and New Year’s, and summer time we won’t have George to hang around with […] but maybe we can get closure by this whole situation being put to rest.”