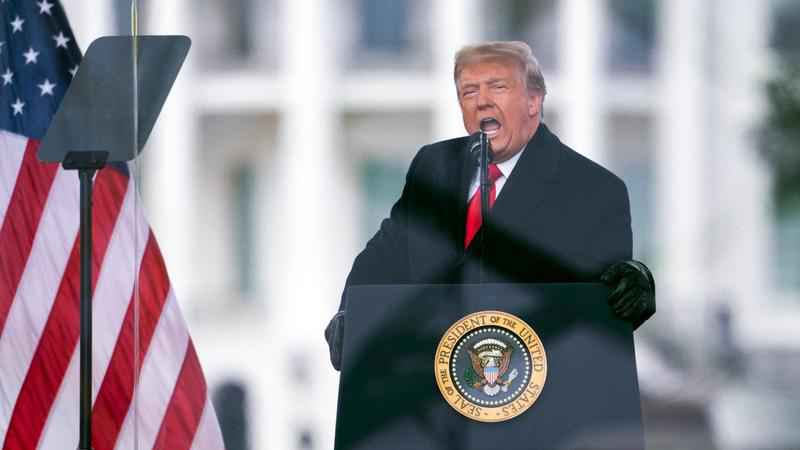 In this Jan. 6, 2021, file photo, President Donald Trump speaks during a rally protesting the electoral college certification of Joe Biden as President in Washington. Trump has filed a lawsuit to block the release of documents to the Jan. 6 select committee, challenging the decision of President Joe Biden to release them. Trump claims in the lawsuit that the request "is almost limitless in scope," and seeks records with no reasonable connection to that day.[Evan Vucci/Associated Press]

Nine months after being expelled from social media for his role in inciting the Jan. 6 Capitol insurrection, former President Donald Trump said Wednesday he’s launching a new media company with its own social media platform.

Trump says his goal in launching the Trump Media & Technology Group and its “TRUTH Social" app is to create a rival to the Big Tech companies that have shut him out and denied him the megaphone that was paramount to his national rise.

“We live in a world where the Taliban has a huge presence on Twitter, yet your favorite American President has been silenced," he said in a statement. “This is unacceptable.”

In a release, the new venture announced it had been created through a merger with Digital World Acquisition Corp. and said it seeks to become a publicly listed company.

Trump has spoken about launching his own social media site ever since he was barred from Twitter and Facebook. An earlier effort to launch a blog on his existing website was abandoned after the page drew dismal views.

In addition to the app, which is expected to soft-launch next month, with a nationwide rollout early next year, the company says it is planning a video-on-demand service that will feature entertainment programming, news and podcasts.