Dueling bills are making their way through the Minnesota Legislature regarding election law.

While Minnesota led the nation in voter turnout in 2020, what unites the state in civic duty does not translate to a political divide that now pulls at the very fabric of America’s election system.

On one side, Democrats believe it’s time to expand access to ballots, hoping to make it easier for more Minnesotans to vote. On the other side, Republicans claim there need to be checks in place to keep elections honest.

"We are loudly and explicitly saying what we know to be true. That a democracy is only sustained when all voices have access," Rep. Cedrick Frazier, DFL-New Hope, said. "That our government cannot be truly reflective of all its people if their voices continue to be shut out of the process."

In contrast, Sen. Scott Newman, R-Hutchinson, said, "In my mind, if you don’t use all the tools you have available to protect the integrity of the system, you are in fact disenfranchising those who have the legitimate right to vote." 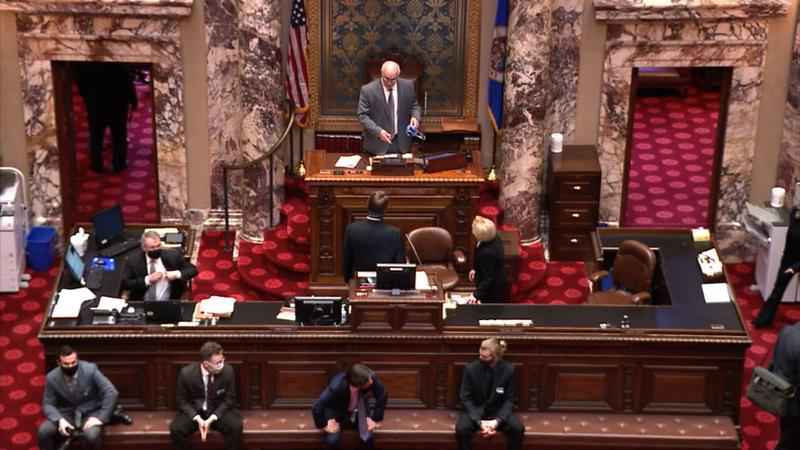 The divided Legislature will debate these competing ideas as the two bills make their way through the legislative process.

Democrats’ bill in the House of Representatives calls for allowing ex-felons to vote, setting up automatic voter registration and what they call ‘pre-registration’ for 16-year-olds who will vote when they turn 18.

Senate Republicans have a bill that would require a voter ID card.

"There is room to grow, there is room for us to improve, our democracy can be even more fair, even more accessible and even more transparent," opined Secretary of State Steve Simon.

While both bills are priorities for their respective parties, they face an uphill battle on the other side of the Capitol.