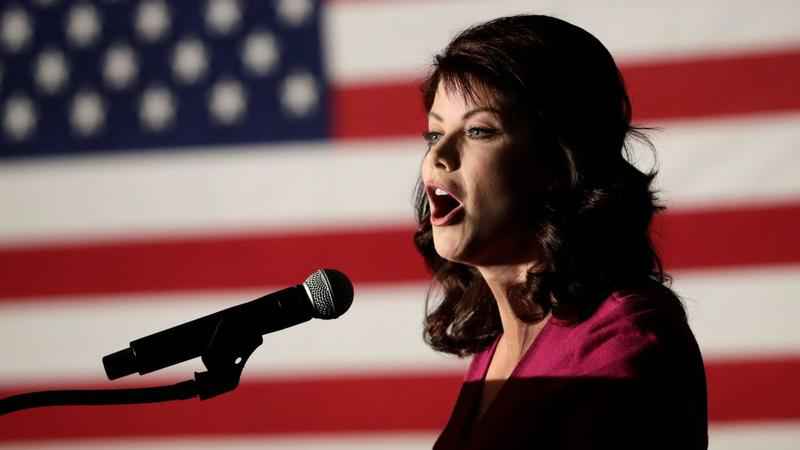 Republican Rebecca Kleefisch, who spent eight years as lieutenant governor under Scott Walker, launched her campaign for Wisconsin governor on Thursday, casting herself as someone who will "fight for you" while deriding the Democratic incumbent as a weak failure.

The race is a top priority for Republicans who control the Wisconsin Legislature but have been blocked by Democratic Gov. Tony Evers. He’s vetoed Republican bills to make absentee voting more difficult, restricted access to abortions and prohibited enforcement of any future federal gun control laws.

Under a Republican governor, Democrats would not have the votes to stop the GOP agenda heading into the 2024 presidential election in the battleground state President Joe Biden narrowly won.

Kleefisch took aim at Evers in her campaign launch video released Thursday, accused him of "siding with rioters" and not doing more to quell violence that erupted last summer in Kenosha after Jacob Blake, a Black man, was shot by police. She also faults Evers for closing schools early in the COVID-19 pandemic, but she does not lay out any of her own plans for dealing with the increasing spread of the virus other than promising to keep schools open.

"Tony Evers’ entire term has been marked by failure and weakness," she said.

Kleefisch has been a strong advocate of former President Donald Trump, voicing support in 2020 for how he handled the COVID-19 pandemic. She does not mention Trump in her campaign video.

Kleefisch, 46, is trying to become the first female governor in Wisconsin history. She is the best-known Republican to officially get into the race against Evers, who is seeking a second term in 2022. State Rep. John Macco, of Green Bay, longtime lobbyist Bill McCoshen and 2018 U.S. Senate candidate Kevin Nicholson, a former Marine, are also considering runs for governor as Republicans.

Kleefisch was born in Michigan and her family moved to Ohio where she won the Miss Ohio Teen USA title in 1994. She worked as a television reporter in Illinois and then in Milwaukee, where she met her future husband, former state Rep. Joel Kleefisch. He was also a reporter at the time.

Kleefisch’s first run for office was for lieutenant governor in 2010.

Kleefisch was diagnosed with colon cancer in August 2010. Less than two weeks before winning the five-person lieutenant governor primary she had a tumor removed. She completed chemotherapy treatment during her first year in office.

Kleefisch served as Walker’s lieutenant governor his entire time in office, including the Act 10 union fight and the unsuccessful 2012 recall. She was also involved with bringing Foxconn to Wisconsin, a deal that fell well short of meeting estimates for jobs or economic development that Walker and the Taiwan-based company promised.

During the lieutenant governor campaign, Kleefisch said that there was "no consensus that people have caused climate change." And she told a Christian radio program that extending domestic partner benefits to gay state employees could lead to approving marriage to dogs or furniture.

"Can I marry this table or this, you know, clock? Can we marry dogs? This is ridiculous," she said in 2010. "Biblically, again I’m going to go right back to my fundamental Christian beliefs, marriage is between one man and one woman."

She later apologized for her "poor choice of words."

During the 2018 campaign, Kleefisch apologized to Democratic lieutenant governor candidate Mandela Barnes for repeatedly claiming — without evidence — that he knelt during the national anthem at the state fair. Barnes insisted that he didn’t kneel and Kleefisch, who did not see him kneeling, apologized "for repeating something I was told."

After Evers defeated Walker in 2018, Kleefisch was appointed to serve as executive director of the Women’s Suffrage Centennial Commission in Washington, D.C. She stepped down from that post before it marked the 100th anniversary of women’s suffrage in 2020. A year ago, Kleefisch formed a conservative policy group called the 1848 Project.

Last week, Kleefisch released 56 policy proposals which included a host of conservative priorities including banning the teaching of critical race theory in public schools and toughening penalties for "mobs and riots."