Republican Tom Weiler is new to politics, but he’s not new to serving his country.

“Drove submarines, operated submarines under oceans around the world for the last 20 years,” he says. “Conducted multiple missions vital to national security.”

His 20-year Navy career came to an end when he was diagnosed with Parkinson’s disease and he decided to move on to another form of service to his country.

“I believe in America, and really my goal is to ensure that American dream is present for my kids and all Americans moving forward,” he said in an interview recorded for “At Issue with Tom Hauser” that will air Sunday morning at 10 a.m. “And to do that, I think we need new leaders with new ideas in Congress.”

Weiler, who is running against Democratic Rep. Dean Phillips for Minnesota’s 3rd District House seat, says he first got the idea to run for Congress while serving on an aircraft carrier during the murder of George Floyd and the riots that followed. 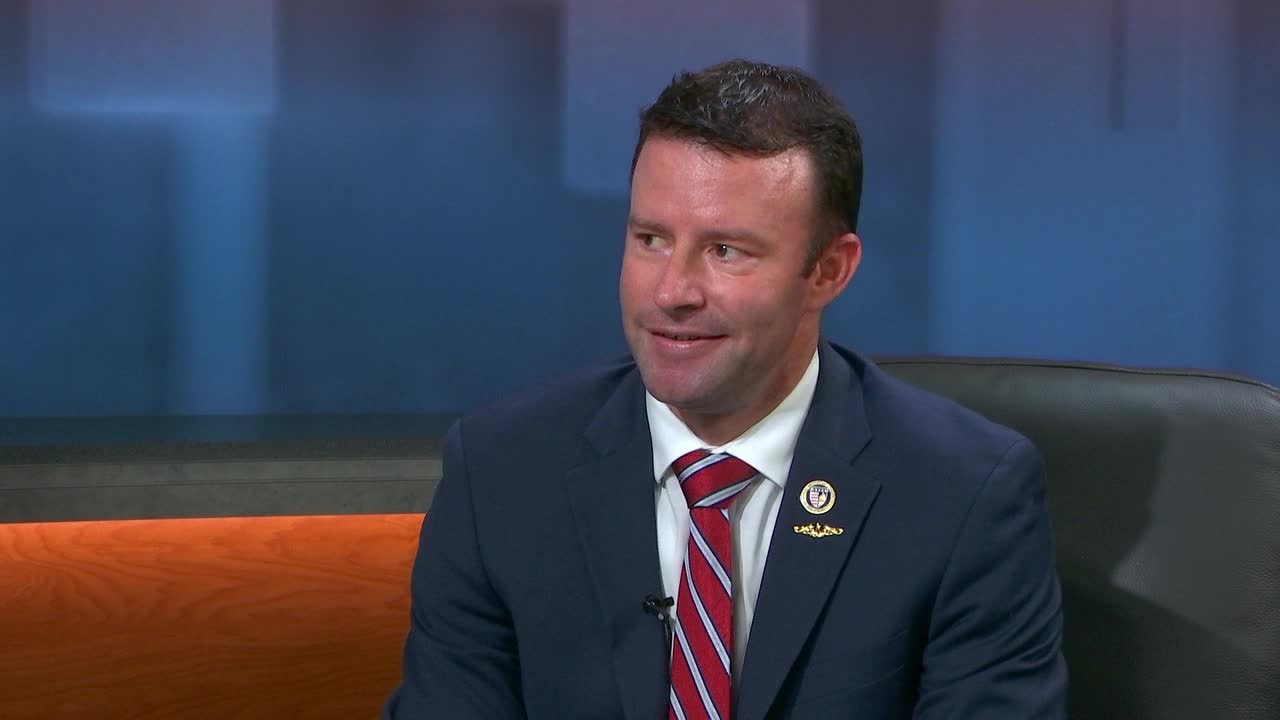 Tom Weiler, a Republican running for Minnesota's 3rd Congressional District seat, sits down for an interview for "At Issue With Tom Hauser" on Friday, Aug. 19, 2022. (KSTP)

“Turned on Armed Forces Network, and to my shock and sadness, international news out there on an aircraft carrier was the streets of Minneapolis on fire. The 3rd Police Precinct abandoned,” he said.

He was alarmed by how local leaders — from the governor to members of Congress to Minneapolis leaders — handled the aftermath.

“Local leaders were either inflaming the situation or doing absolutely nothing at all to stop it,” Weiler said. “That’s when I decided right there I wanted to come back home to Minnesota to run for Congress.”

Weiler went to Eden Prairie High School and played for the school’s football team. His wife and two kids now live in Plymouth.

On key issues, Weiler is critical of how Democrats have handled inflation and has his own ideas about some solutions.

“Fundamentally we need to reduce our excessive government spending, and that would clearly help reduce inflation,” he says.

On another key issue of the day, Weiler is opposed to most abortions but says he agrees there needs to be exemptions.

“I believe there should be exemptions for rape, incest and definitely the safety, health and life of the woman.”

You can see the entire interview with Weiler on “At Issue” Sunday on 5 EYEWITNESS NEWS.