Former Hennepin County Sheriff Rich Stanek officially announced plans Tuesday to enter the race for the Republican endorsement to run against DFL Governor Tim Walz. He launched a video on YouTube and issued a written press release before agreeing to an exclusive interview with 5 EYEWITNESS NEWS.

Stanek cites three decades in law enforcement, including being elected three times as Hennepin County Sheriff, as the key reason why he’d be the best candidate to fight the rising tide of crime in Minnesota.

“I’m the only candidate in this race that has a proven track record to be able to do something about it,” Stanek told 5 EYEWITNESS NEWS. “Not just talk about it. I’ve actually done it and I’ll do it again.”

Stanek’s law enforcement career also brings with it some political baggage. The DFL Party immediately issued a press release reminding Minnesotans he was forced to resign as commissioner of the Minnesota Department of Public Safety in 2004. 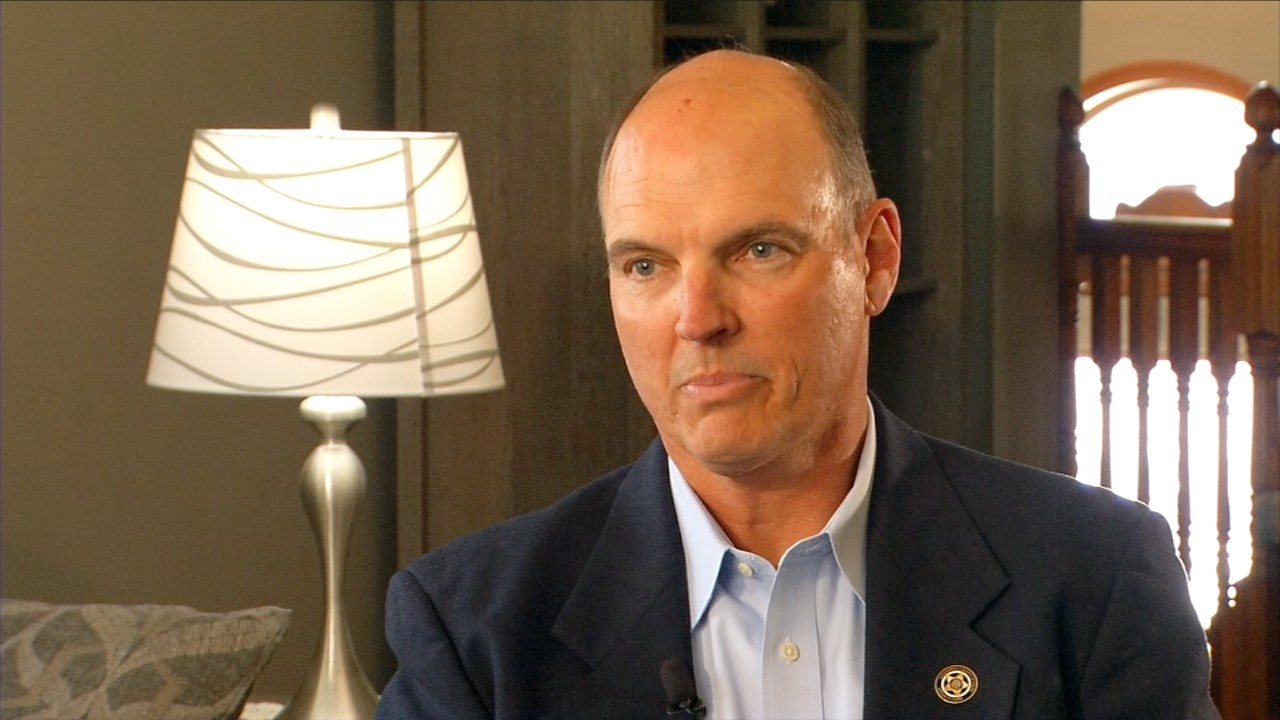 “Rich Stanek spent his political career mired in inappropriate controversy and disgraced himself by repeatedly using the n-word and defending his use of it,” DFL Party Chairman Ken Martin said. “His repeated use of racial slurs, his long standing opposition to common-sense gun safety measures, and the multiple police brutality lawsuits against him make him unfit for the office of governor and a downright dangerous option for Minnesotans.”

Stanek was pressured to resign by Republican Gov. Tim Pawlenty in 2004 after the allegations surfaced. Stanek said in 2004 and again now he never used the “N-word” at work or home in a “hateful or angry way.”

He also explains he resigned so he wouldn’t be a distraction to Gov. Pawlenty.

“I just made it easy for the governor and terminated my agreement and went back to work as a Minneapolis police officer the next day,” he said.

Stanek had served alongside Pawlenty in the Minnesota House for five terms.

He points out he was elected three times as Hennepin County Sheriff despite those allegations before losing to Sheriff Dave Hutchinson in 2018.

“2018 was not a great year for Republicans,” he says. “Things are different today. The economy’s not going well — jobs, inflation — and you gotta admit public safety is out of control.”

Although Stanek says he will be focused on public safety, he also opposes COVID mandates. He says he and his family are vaccinated, but they did it by choice.

“Government mandates and telling us what to do, I think they overstepped,” he said. “The draconian measures over the past 18 months have been too much.”

As for the state’s $7.7 billion projected surplus, he says most of it should go back to taxpayers.