After redistricting,  Minnesota’s 1st Congressional District boundaries changed slightly geographically, but politically the difference might be much bigger.

After three straight extremely close races in the old 1st District, the 2022 race could break the mold. Republican Brad Finstad leads Democrat Jeff Ettinger by 9 points, 46% to 37%. Another 6% favor Richard Reisdorf of the Legal Marijuana Now Party and 10% are undecided.

In two weeks there will be a re-match of the special election held in August to replace the late Congressman Jim Hagedorn. In August our last poll in the old 1st District showed Finstad leading by eight points before the special election. He eventually won the race by four points, 51% to 47%. The newly-configured district might be even friendly Republican territory for Finstad.

“The 1st District is showing a strong Republican lean this year and that’s very good news for Brad Finstad,” says Steven Schier, a Carleton College political analyst. “He leads among about every category of voter.”

Finstad leads by 18 points among men, 52% to 34%, but is tied among women at 41%. That’s actually good news for Finstad considering Democrats have leads among women in every other Minnesota race we’ve surveyed so far this year. 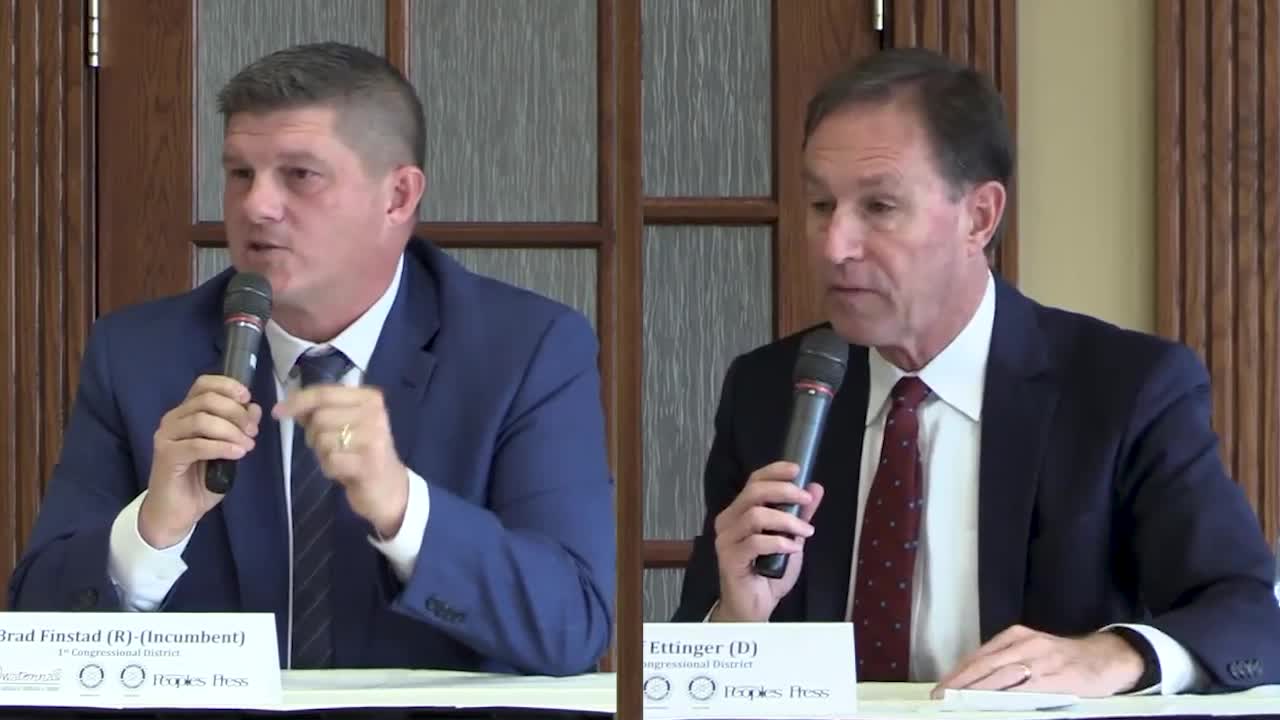 Schier says this race could have statewide implications, considering most of this district is the same Governor Tim Walz represented before running for governor.

“This used to be Tim Walz’s area,” Schier notes. “His district in Congress, and if it’s moving strong Republican that’s going to be a problem for him in a statewide vote because he relies on votes from his own home district.”

The poll includes 36% of respondents who identified themselves as Republican on the question regarding whom they plan to vote for, 33% as Democrats and 28% as independents.

SurveyUSA interviewed 800 adults from Minnesota’s 1st Congressional District from Oct. 20-23. Of the adults, 677 were identified as being registered to vote; of the registered voters, 563 were determined by SurveyUSA to be likely to vote in the Nov. 8 general election or to have already cast their ballot.

This research was conducted using blended sample, mixed mode. Respondents reachable on a home telephone (51% of likely voters) were interviewed on their home telephone in the recorded voice of a professional announcer, using telephone sample of registered voters purchased from Aristotle in Washington DC. Respondents unreachable on a landline telephone (49% of likely voters) were shown the survey questions on the display of their smartphone, laptop or tablet, using online adult panelists chosen randomly by Lucid Holdings, LLC of New Orleans.

The combined pool of survey respondents was weighted to U.S. Census targets for gender, age, race, and home ownership.