The campaign for Minnesota state auditor might have the lowest profile of the statewide races, but that doesn’t mean it’s not high-intensity.

In a debate recorded for “At Issue” on Thursday afternoon, the two candidates — Democratic incumbent Julie Blaha and Republican challenger Ryan Wilson — clashed over the scope of the office, what could have been done to stop the Feeding our Future fraud and whether the auditor plays a role in the abortion issue.

The state auditor’s office is the “watchdog” over an estimated $60 billion in spending by thousands of local units of government and school districts in Minnesota. The auditor also sits on boards overseeing state pensions and investments and on the state Executive Council with the governor, lieutenant governor, attorney general and secretary of state.

“My opponent has been telling some lies about what the office does or maybe even what an office does, but don’t be distracted,” Blaha said early in the debate. 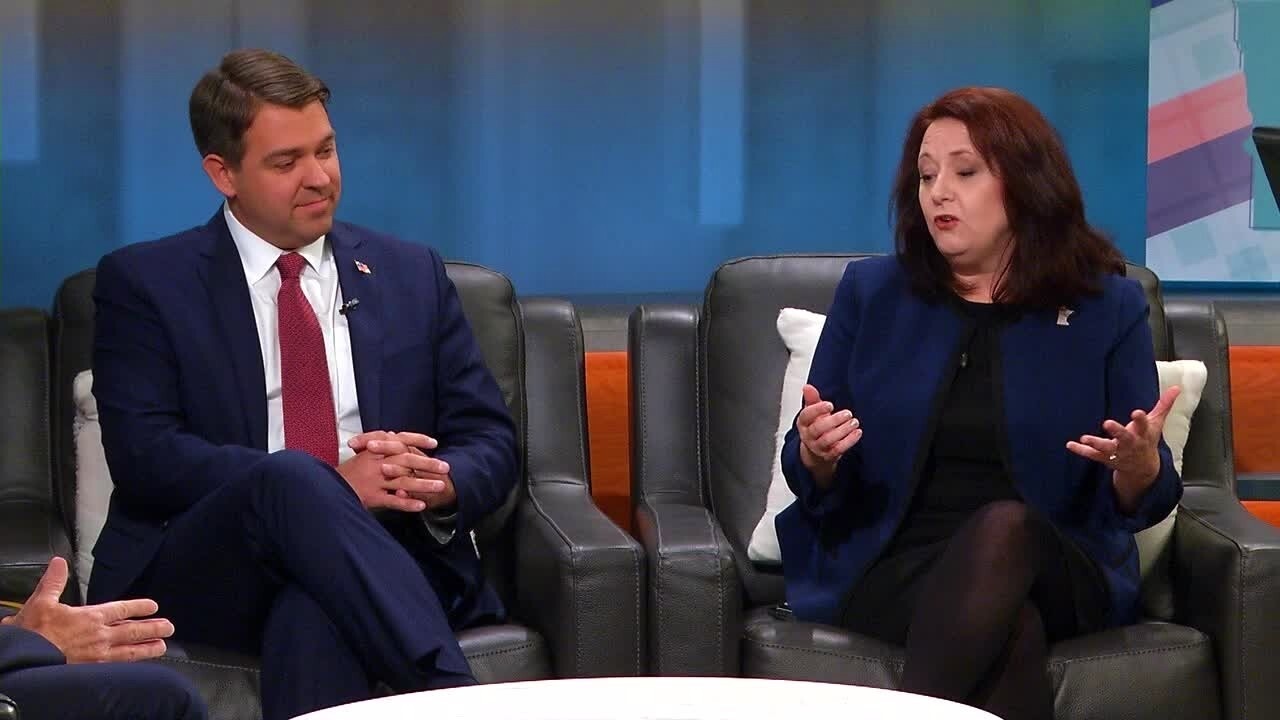 “We need to bring back accountability and transparency in our government, and we need someone who’s going to fight waste, fraud and abuse,” Wilson said.

During the campaign, Wilson has repeatedly accused Blaha of not doing enough to stop the Feeding our Future fraud.

“This idea of Feeding our Future is such a distraction because it really is under the purview of the federal government or the legislative auditor,” Blaha said. “There was plenty of important COVID work being done at the local level.”

She says the role of her office is to be the watchdog over local governments, many of which received big federal grants for the first time during the COVID pandemic.

Wilson said the state auditor should take a more proactive role to root out fraud.

“The state auditor, Auditor Blaha, could have helped stop Feeding our Future,” Wilson said. “You heard her answer. It didn’t answer the question again. Two hundred fifty million was stolen by bad actors. A report came across her desk that she signed off on that went to the federal government in which Feeding our Future was listed as not having an audit.”

The two candidates also strongly disagree over whether the abortion issue plays any role in the race for state auditor. Blaha says it does and has made it part of her campaign.

“A big part of local government is to fund health care and health and human services,” she says. “And here’s the thing. We need an auditor that understands that abortion is part of health care so they don’t get in the way of that.”