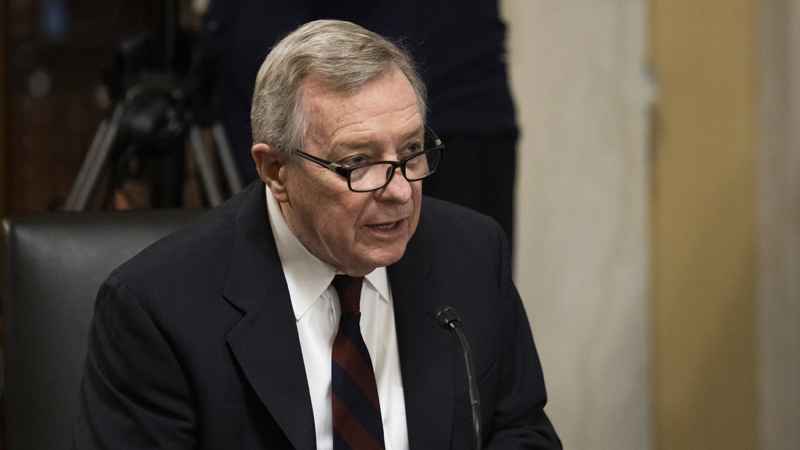 It’s taken only days for Democrats gauging how far President Joe Biden’s bold immigration proposal can go in Congress to acknowledge that if anything emerges, it will likely be significantly more modest.

As they brace to tackle a politically flammable issue that’s resisted major congressional action since the 1980s, Democrats are using words like “aspirational” to describe Biden’s plan and “herculean” to express the effort they’ll need to prevail.

A cautious note came from the White House on Friday when press secretary Jen Psaki said the new administration views Biden’s plan as a “first step” it hopes will be “the basis" of discussions in Congress. Democrats’ measured tones underscore the fragile road they face on a paramount issue for their minority voters, progressives and activists.

Immigration proponents advocating an all-out fight say Democrats’ new hold on the White House and Congress provides a major edge, but they concede they may have to accept less than total victory. Paving a path to citizenship for the estimated 11 million immigrants in the U.S. illegally, the centerpiece of Biden’s plan, is “the stake at the summit of the mountain,” Frank Sharry, executive director of the pro-immigration group America’s Voice, said in an interview. He said proponents may have to accept “stepping stones" along the way.

The citizenship process in Biden’s plan would take as little as three years for some people, eight years for others. It would make it easier for certain workers to stay in the U.S. temporarily or permanently, provide development aid to Central American nations in hopes of reducing immigration and move toward bolstering border screening technology.

No. 2 Senate Democratic leader Richard Durbin of Illinois said in an interview this week that the likeliest package to emerge would start with creating a path to citizenship for so-called Dreamers. They are over 1 million immigrants who’ve lived in the U.S. most of their lives after being brought here illegally as children.

Over 600,000 of them have temporary permission to live in the U.S. under Deferred Action for Childhood Arrivals, or DACA. Former President Barack Obama created that program administratively, and Durbin and others want to protect it by enacting it into law.

Durbin, who called Biden’s plan “aspirational,” said he’ll push for as many other elements as possible, including more visas for agricultural workers and others.

“We understand the political reality of a 50-50 Senate, that any changes in immigration will require cooperation between the parties,” said Durbin, who is on track to become Senate Judiciary Committee chairman. He said Senate legislation likely “will not reach the same levels” as Biden’s proposal.

The Senate is split evenly between the two parties, with Vice President Kamala Harris tipping the chamber to Democrats with her tie-breaking vote. Even so, passing major legislation requires 60 votes to overcome filibusters, or endless procedural delays. That means 10 Republicans must join all 50 Democrats to enact an immigration measure, a tall order.

“Passing immigration reform through the Senate, particularly, is a herculean task,” said Sen. Bob Menendez, D-N.J., who will also play a lead role in the battle. He said Democrats “will get it done” but the effort will require negotiation.

Sen. Lindsey Graham, R-S.C., who’s worked with Democrats on past immigration efforts, said “comprehensive immigration is going to be a tough sale” this year.

Biden to prioritize legal status for millions of immigrants

They have razor-thin majorities in a House and Senate where Republican support for easing immigration restrictions is usually scant. Acrid partisan relationships were intensified by former President Donald Trump’s clamorous tenure. Biden will have to spend plenty of political capital and time on earlier, higher priority bills battling the pandemic and bolstering the economy, leaving his future clout uncertain.

Sharry said immigration groups prefer Democrats push for the strongest possible bill without concessions to Republicans’ demands like boosting border security spending. He said hopes for a bipartisan breakthrough are “a fool’s errand” because the GOP has largely opposed immigration overhauls for so long.

But prevailing without GOP votes would mean virtual unanimity among congressional Democrats, a huge challenge. It would also mean Democrats would have to eliminate the Senate filibuster, which they may not have the votes to do, or concoct other procedural routes around the 60-vote hurdle.

“I’m going to start negotiating" with Republicans, said Durbin. He said a bipartisan bill would be better “if we can do it" because it would improve chances for passage.

Democrats already face attacks from Republicans, eyeing next year’s elections, on an issue that helped power Trump’s 2016 victory by fortifying his support from many white voters.

Democrats say such allegations are false but say it’s difficult to compose crisp, sound-bite responses on the complex issue. It requires having “an adult conversation” with voters, Rep. Abigail Spanberger, D-Va., said in an interview.

“Yeah, this is about people, but it’s about the economy" too, said Spanberger, a moderate from a district where farms and technology firms hire many immigrants. “In central Virginia, we rely on immigration. And you may not like that, but we do."