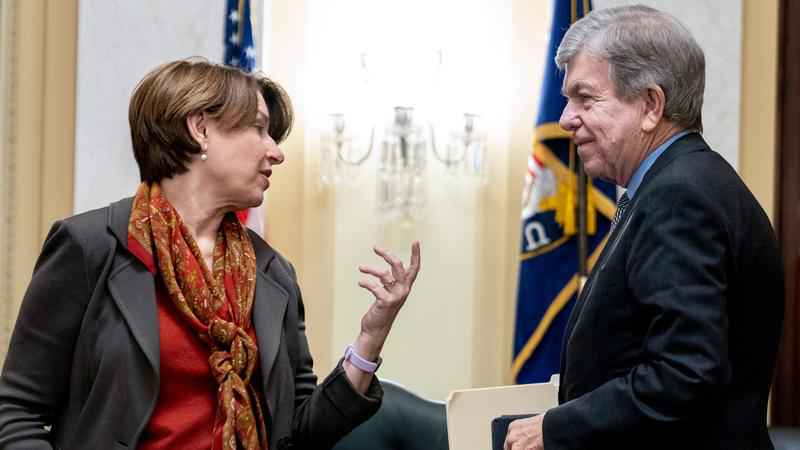 The Capitol Police Chief is poised to gain new authority to call National Guard troops to the Capitol under legislation that passed the House and Senate this week.

The bipartisan bill, which cleared both chambers by voice vote, now heads to President Joe Biden’s desk. It comes as a response to the Jan. 6 insurrection, when the then-Capitol Police chief pleaded with security officials and the Pentagon to call troops for assistance. Troops didn’t arrive on the scene for several hours, during which time a violent mob of former President Donald Trump’s supporters brutally beat the police and broke into the building.

The legislation would allow the chief to request District of Columbia National Guard troops or federal law enforcement agencies in certain emergencies without prior approval of the Capitol Police Board, a secretive three-member panel of security officials that oversees the law enforcement agency.

"Jan. 6th showed us that every minute counts during an emergency," said Minnesota Sen. Amy Klobuchar, the chairwoman of the Rules panel and lead author of the legislation.

The bill would also require the board, which meets privately, to appear publicly at joint House and Senate hearings. The Capitol Police Board hasn’t met in a bicameral hearing since 1945, according to the Senate Rules Committee.

The mob of Trump’s supporters swiftly and violently overran the Capitol Police, which was assisted by D.C.’s Metropolitan Police Department, on Jan. 6 and interrupted the certification of President Joe Biden’s victory. Lawmakers ran for their lives as the rioters climbed through broken windows and doors.

A Senate investigation of the security failures, released in June, recounted how the Guard was delayed for hours as officials in multiple agencies took bureaucratic steps to release the troops. It detailed hours of calls between officials in the Capitol and the Pentagon as the then-chief of the Capitol Police, Steven Sund, begged for help. It found that the Pentagon spent hours "mission planning" and seeking multiple layers of approvals as Capitol Police were being overwhelmed.

The report was heavily critical of the board, finding that three of its members on Jan. 6 did not understand their own authority and could not detail the statutory requirements for requesting National Guard assistance.

Two of the three board members, the House and Senate sergeants-at-arms, were pushed out in the days after the attack. Sund, the Capitol Police chief, resigned under pressure. Current Capitol Police Chief Tom Manger was sworn in in July.

Missouri Sen. Roy Blunt, the top Republican on the Rules panel, said he has long been concerned that the structure of the police board has created unnecessary delays.

"This bipartisan bill addresses a major security challenge that was evident on January 6th, and is part of our ongoing effort to strengthen Capitol security moving forward," Blunt said.

Blunt said the Capitol building and staff are safer than they were a year ago. But he added there is more to be done.

"I think because of people’s view of what’s possible in terms of Capitol security, we’re safer. But I think we’re behind in implementing the things the Capitol Police budget already appropriated money for, as well as dealing with the big challenge of just having enough officers to do the job."

"This issue is not unique to us. Every police force in America is looking for more officers to get on their team," Blunt said about the nearly 200 officers who have left the force since Jan. 6.