Chris Christie aims to shape future for GOP and for himself 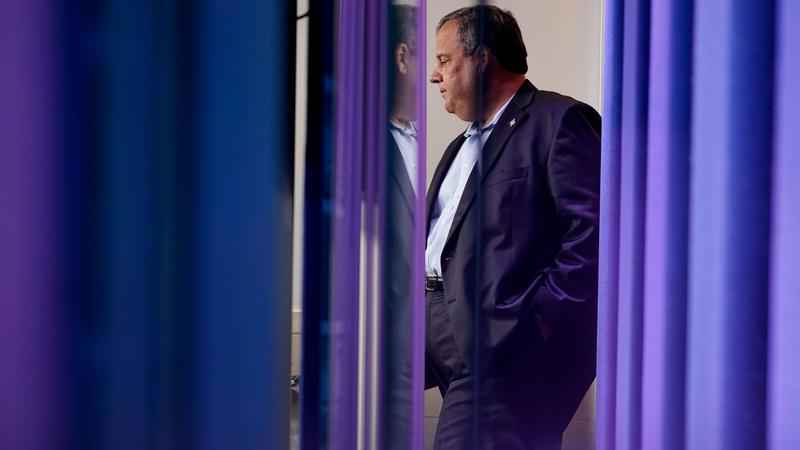 Former New Jersey Gov. Chris Christie, arrives for a news conference at the White House in Washington, with President Donald Trump on Sept. 27, 2020. Christie has been on a PR blitz promoting his new book, "Republican Rescue." It offers a simple prescription for his party: Stop talking about 2020, focus on the future or keep losing elections. [AP Photo/Carolyn Kaster, File]

The former New Jersey governor and one-time Republican presidential candidate denounced "conspiracy theorists" during a September appearance at the Ronald Reagan Library in California. He followed up with a speech this month to influential Republicans in Las Vegas, warning that the party will only succeed if it offers a "plan for tomorrow, not a grievance about yesterday."

In between, he’s been interviewed by everyone from Laura Ingraham on Fox News to David Axelrod, a former adviser to President Barack Obama, on CNN.

On its face, Christie’s publicity campaign is in service of "Republican Rescue," his new book that offers a simple prescription for his party: stop talking nonsense about 2020 and focus on the future — or keep losing elections. But the frenzied pace of his appearances and the increasingly obvious jabs at Donald Trump suggest Christie is plotting a political comeback with the 2024 campaign in mind.

In a recent interview, Christie said he hadn’t made a decision yet about his political future and wouldn’t until after next year’s elections. But he was blunt in saying he would run if he believes he can be elected.

"If I see a pathway to winning, I’ll run," he said. "And I feel like I have the skills and the talent and the ability to be able to make a difference in our party and in the country. And I’m certainly, at 59 years old, not ready to retire. But I’m not going to do it if I don’t see a pathway to winning. So that’s why I’m not making any decision now."

One of the biggest questions that hangs over the 2024 campaign is whether Trump will run again. If the former president does, polls suggest he would easily clinch the nomination. But until that’s decided, Christie is testing the openness of GOP voters to someone who largely supports Trump’s record but dismisses Trump’s lies that the last election was stolen.

It’s an approach that pits him against other Republicans who may run in 2024, including Rep. Liz Cheney of Wyoming and Maryland Gov. Larry Hogan, who have taken high-profile stands against Trump.

Florida Gov. Ron DeSantis and Mike Pompeo, Trump’s former secretary of state, have pitched themselves as fierce Trump loyalists. Former Vice President Mike Pence has tried to find something of a middle ground, highlighting his work alongside Trump but noting the two hold different views about the circumstances surrounding the Jan. 6 insurrection at the U.S. Capitol.

As candidates largely break into pro- and anti-Trump camps, "there is a thing to being in a unique lane that does in fact endorse some of President Trump’s policies but at the same time doesn’t hesitate to criticize where Christie would disagree with him," said longtime GOP pollster Adam Geller. He worked on Christie’s two winning New Jersey gubernatorial campaigns as well as Christie’s 2016 presidential bid, followed by Trump’s.

Others aren’t so sure, arguing that Christie aligned himself with Trump until it was no longer politically convenient.

"It’s clearly disingenuous," said Tim Miller, a former spokesperson for the Republican National Committee and a vocal Trump critic. "Chris Christie enabled Donald Trump maybe more than anyone in the establishment of the Republican Party. And now he wants to get the kudos of saying something that is reality but without any of the reflection about what he did to get us here."

Christie and Trump have had a complicated relationship during the nearly 20 years that they’ve been "friends."

As a U.S. attorney, Christie successfully prosecuted the father of Trump’s son-in-law, Jared Kushner. Trump and Christie were fierce competitors for the GOP nomination in 2016. After Christie dropped out of the race, he became the first major elected official to endorse Trump, a move that lent legitimacy to the eventual president’s campaign.

"The line of supporting Donald Trump starts behind me," Christie recently told Ingraham.

Christie stood in for Democrat Hillary Clinton during Trump’s 2016 debate prep and was rewarded for his loyalty by being tasked with chairing the presidential transition. But after the election, Christie was fired from that role in a move seen as retribution for the elder Kushner’s prosecution. Still, Christie ultimately found his way back into Trump’s inner circle, heading the administration’s commission on opioid misuse, serving as an informal adviser and again helping with debate preparation last year.

But Christie describes Trump’s reaction to the 2020 election won by Democrat Joe Biden as a breaking point. In appearances and interviews, Christie says he was "incredibly disappointed and disillusioned" by Trump’s refusal to concede the election, which culminated in his followers’ violent storming of the Capitol on Jan. 6 in an effort to halt the certification of Biden’s win.

Christie now argues that the party must disavow Trump’s lies and move past his grievances if it wants to succeed. Voters, he argues, "want sanity and they want common sense."

"As Republicans, we need to free ourselves from the quicksand of endless grievances. We need to turn our attention to the future and quit wallowing in the past. We need to face the realities of the 2020 election and learn — not hide — from them," he writes in the book, calling on the party to rid itself of conspiracies and focus on providing voters with a positive alternative to Democratic policies.

Trump has started hitting back. In a statement this month, the former president said Christie was "just absolutely massacred by his statements that Republicans have to move on from the past."

Christie dismissed the blowback. "Anybody can say whatever they want. These are my opinions. This is what I believe," he says, and he is already pondering how a 2024 campaign might look different from 2016. His previous bid was heavy on town hall-style events targeted to voters in New Hampshire, home to the nation’s first presidential primary. Christie finished sixth there.

A second campaign, he said in the interview, would be different.

"You won’t just see me wandering around up there. One of the things that I learned was, when I ran the first time, is motion isn’t progress," he said. "I’m going to be very deliberate about what I do, both in the runup to a decision and then certainly if I do decide to run, in how I conduct a campaign and try to make all the time I expend really count."

For now, Christie appears to be reveling in the attention of being back in the political game after a hiatus that included a bout with COVID-19 that landed him in the intensive care unit. He’s working on a second book focused on "bringing the country together," co-chairing a national Republican group focused on redistricting strategy and serving as a top fundraiser for the Republican Governors Association, a group he once led, giving him access to some of the party’s most consequential donors.

GOP strategist Mike DuHaime, a longtime Christie adviser who worked on Christie’s 2016 campaign, said it was too soon to be talking about a race so far off.

"You can only plot so much," he said. "And there are so many other factors outside of our control that you just kind of have to say what you think and do what you think is right."