Benson stands out as only woman in Minnesota governor’s race

With seven Republican candidates for governor in Minnesota, it can be difficult for those running to distinguish themselves from the others.

She’s the only woman in the race and seeking to become the first woman ever nominated to run for governor. However, Benson tends to emphasize her experience more than her gender.

“I also have more experience than most of the candidates in the race,” Benson said in an interview Friday recorded for “At Issue with Tom Hauser.” “And I connect across greater Minnesota. I grew up on a family farm and raising my kids in the suburbs. So I have some things that distinguish me from the men in this race.”

The 53-year-old was first elected to the Minnesota Senate in 2010. Over the subsequent 12 years, she became one of the Senate’s leading experts on health and human services. If she had been governor when the pandemic started, she says she would have worked more closely with the legislature and prioritized the mental health of kids as well as the impact of closing schools on families. 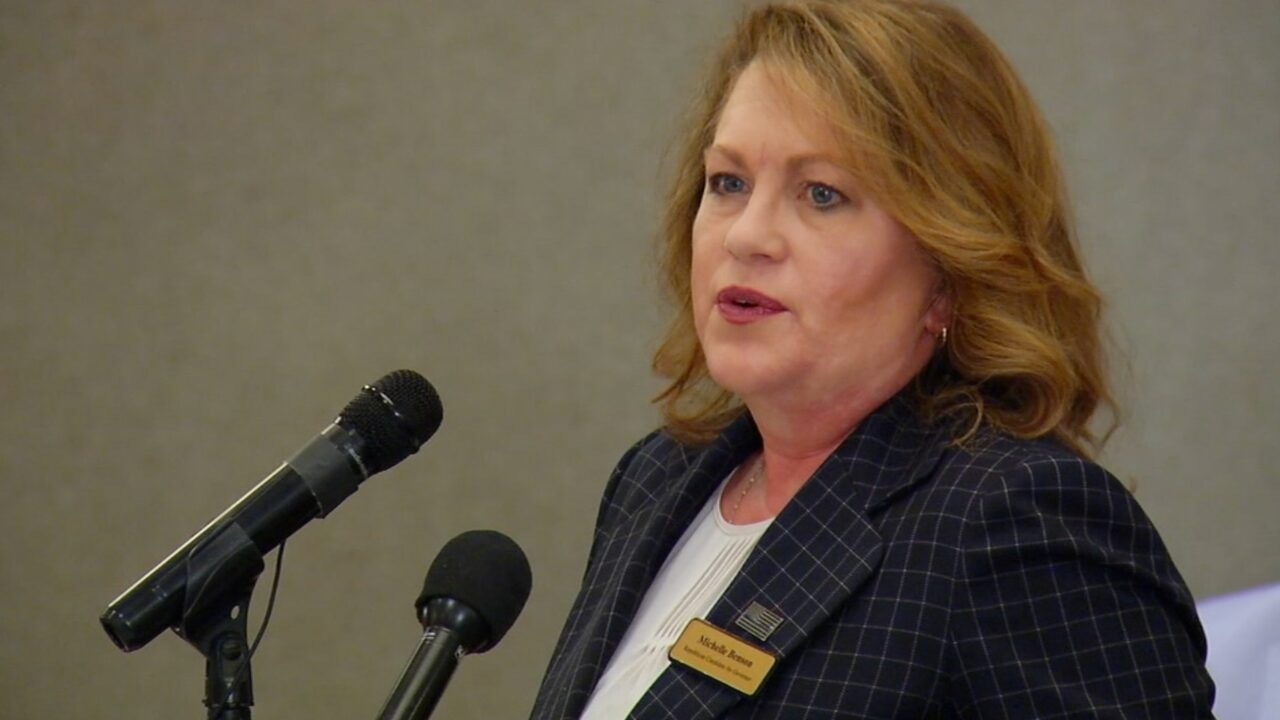 Although health care and the pandemic will still be major issues in the campaign — along with the state’s $7.7 billion projected budget surplus — the issues of crime and police accountability are also rising to the top of the agenda at the Capitol and on the campaign trail.

“We need to support law enforcement and expect them to be very professional and I think most law enforcement officers want that standard,” Benson said. “We need to use the bully pulpit to make sure that prosecutors are charging crimes as they should — and judges. Let’s appoint judges that actually put criminals in jail instead of slapping them on the wrist giving them zero bail and sending them back out in our communities.”

As for the controversy over no-knock warrants, Benson says she’s willing to consider policy changes regarding their use but says the state shouldn’t take away too many tools used by law enforcement to fight and solve crimes.

You can see the entire interview at 10 a.m. Sunday morning on “At Issue.”

Next week we will feature Dr. Scott Jensen, a former Minnesota state senator.