High school juniors who lost three months of their in-person learning last year might also lose their entire senior year of classroom learning. Gov. Tim Walz acknowledged that possibility during a news conference Monday about his "Due North Education Plan."

"We need to look at our year this year much different than we have before," the governor told reporters. "The good news is hopefully around May, June the normal times when schools would be finishing we would be getting back in a place where we can do those normal things back in the classroom."

When asked in a follow-up question if that means high school students might not be back in classrooms this year, he said that is dependent on many factors. Vaccines being the biggest one.

"I think you can go by the vaccine rates of where there at," he said. "We’re certainly way behind what they(federal officials) need to get us." 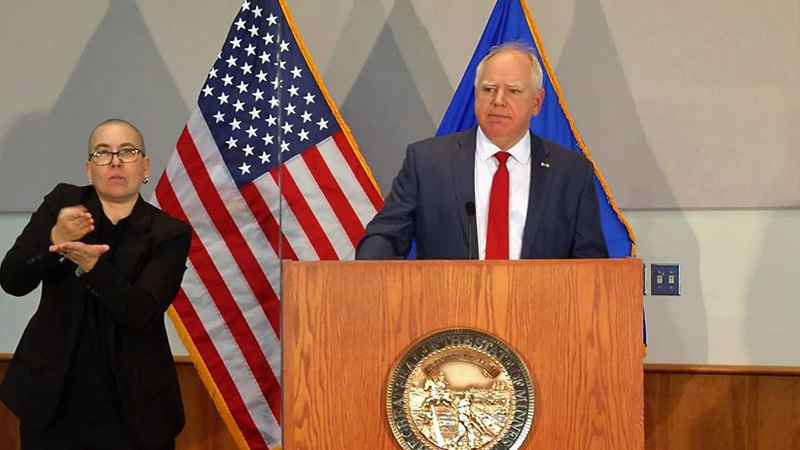 Lt. Gov. Peggy Flanagan pointed out that some students started back in classrooms this month, including her second-grade daughter.

"It’s not a totally fair picture to say we don’t have kids back in school, we certainly do," she said at the news conference. "It’s been a big adjustment for my second-grader, but she’s really appreciative to be back in that classroom and I know there are thousands of other kids that feel the same way."

But she acknowledged that many high school students and their parents are upset because they might never step foot in their schools again.

"We’ve heard from two high school students today who’ve outlined and listed out the importance of the changes we’ve made," she said. "And we are in communication with our young people all the time and figuring out, you know, what we need to get them back in the classroom."

So far, only pre-kindergarten through second-graders are back in classrooms full-time in many school districts. Additional elementary school students will begin going back in February in some districts. There is not yet a timetable for the return of middle school and high school students to classroom learning.