On the same day the Minnesota House Transportation Committee began a series of hearings on funding for the two-year budget being crafted by the Legislature, members learned of a setback on the Southwest Light Rail line (SWLRT).

The Metropolitan Council announced the SWLRT is unlikely to open on its current scheduled opening in 2023.

"Over the course of the 2020 construction season, the project staff and our contractor, Lunda-McCrossan Joint Venture encountered unforeseen conditions in the Minneapolis segment of the alignment, which will take longer to overcome," the Met Council said in a news release.

There are two primary issues; One involves soil conditions in the area where a tunnel will be built that will require a stabilizing wall. The other is the need for a protective wall that will further separate the SWLRT train cars from freight trains on tracks nearby.

Public transit ridership off the rails during COVID-19 pandemic

"This has been a concern that people have raised about this line in terms of, you know, it’s a very complicated line to build," House Transportation Committee Chair Frank Hornstein, (DFL-Minneapolis) told 5 EYEWITNESS NEWS. "This is certainly disappointing." 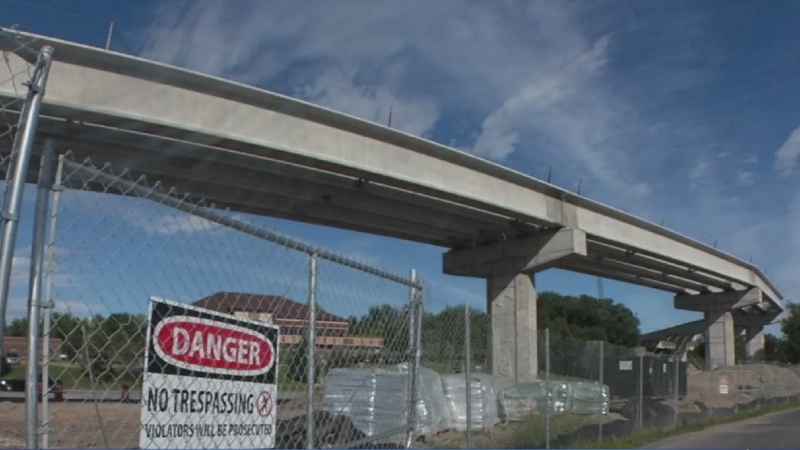 But he agrees with the decision to delay the opening.

"My main concern is that this line, both during construction and once it’s operating, is safe," he said.

The SWLRT news came the same day Hornstein’s committee held it’s first hearing on the future of transportation in a "post-pandemic" world. Several transportation experts from the University of Minnesota testified about studies they’ve done regarding the impact of the pandemic on public transit and vehicle traffic.

In the Twin Cities, North Star Commuter Rail ridership is down 96%, light rail use is down about 70% and bus ridership down about 60%. Hornstein acknowledged it’s hard to predict when those numbers will improve, but he’s optimistic.

Hornstein will conduct several more information hearings on transportation before they start working on a funding package.