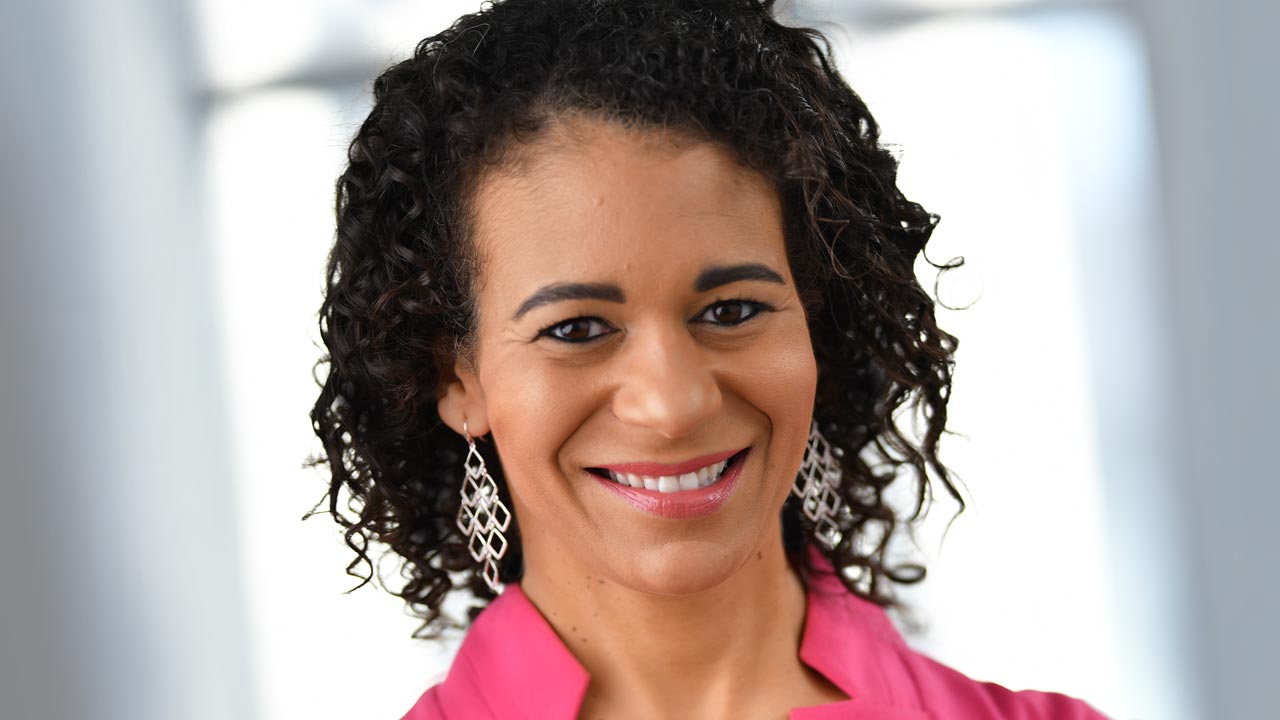 “I’m fortunate to be living in my remarkable hometown – the Twin Cities – full of people and places I love. I’m also lucky to be part of the KSTP 5 Eyewitness News team, where I have the opportunity to cover the vibrant lives and important issues of people across Minnesota.”

Brandi Powell is an Emmy award winning journalist who anchors the weekday morning newscasts on KSTP 5 Eyewitness News 4:30-5:30am and KSTC 45TV 7-9am. She has been part of the news team since January 2014.

She is also an on-air contributor on KSTP’s Minnesota Live and a contributing writer for Minnesota Monthly magazine.

During her time at 5 Eyewitness News, she’s filled-in as a co-host on Minnesota Live, Twin Cities Live and At Issue. Brandi was chosen to be in the Prince and Mary Tyler Moore REELZ specials, giving on-air perspectives as a journalist and Minnesotan. In 2014, Brandi was selected to do a Voice-Over for part of a Shark Week episode.

In the summer of 2022, Brandi anchored a 5 INVESTIGATES special: Race. Reform. Reality. The hour-long program offered a thoughtful approach to the complex issues facing our community after the murder of George Floyd. The team won a regional Emmy award for the program.

In 2020, Brandi launched and reported an in-depth series: Conversations About Racism and the Road to Equality. The 3-part series included Understanding Racism, The Talk and Youth Activists & Education. The team won a Minnesota Society of Professional Journalists Page One Award for Special Project/In-depth Series in 2021.

From 2011-2013, Brandi worked as a Reporter/Multi-Media Journalist at KNSD-TV (NBC 7) in San Diego. She covered breaking news, crime and politics. She also served as a regular on-air contributor for Politically Speaking, the station’s weekly political show.

Her first on-air TV news position was as the Political Reporter at KFYR-TV (NBC Affiliate) in Bismarck, North Dakota. From 2006-2008, she covered statewide elections and legislative sessions. While at KFYR Brandi went on assignment in Guatemala for nearly two weeks covering elections, agriculture and education while following a group of North Dakota teachers doing an intercultural exchange.

Brandi began her career, behind-the-scenes, as a Production Assistant at MSNBC, from 2005-2006. Prior, she was an Intern with The Washington Center, for the 2004 Republican National Convention in New York City. She was also an Intern with Dateline NBC in 2004. Brandi’s first broadcasting experience was announcing the community calendars for a Las Vegas jazz radio station.

In 2011, Brandi earned her Master of Arts degree in Anthropology from George Washington University in Washington, DC. From 2009-2011, Brandi was a full-time graduate school student.

In 2004, Brandi earned her Bachelor of Arts degree in Communication Studies from University of Nevada, Las Vegas. She minored in Spanish. Brandi was in the UNLV Honors College.

As an undergraduate student, she also studied abroad for a semester in Salamanca, Spain and during a summer in Barcelona, Spain.

Brandi is a member of National Association of Black Journalists (NABJ) and Twin Cities Black Journalists (TCBJ). She regularly hosts and emcees events for a variety of community organizations including Urban League Twin Cities and Depart Smart. She also moderates panel discussions. In 2019, Brandi volunteered weekly at Urban Ventures with its dynamic youth programs.

Brandi has been a part of multiple team regional Emmy award wins, including in 2022 for Investigative – Multiple Reports, in which she anchored the hour-long special: Race. Reform. Reality. Brandi has also earned individual regional Emmy nominations, including for Anchoring in 2022 and 2020. She won a Minnesota Society of Professional Journalists Page One Award for Special Project/In-depth Series in 2021, for Conversations on Racism and the Road to Equality. In 2017, Brandi was selected as the Keynote Speaker for the Patricia Adams Lecture Series (PALS) at Heidelberg University in Tiffin, OH. Brandi has also won two North Dakota Associated Press awards.

Brandi was born in Minnesota. She enjoys traveling around the world with loved ones and experiencing different cultures. She’s conversational in Spanish. Brandi enjoys doing all kinds of artwork, watching movies, going to live jazz & theater performances, eating delicious food, hiking and spending time in her yard with her family. Brandi lives in Minneapolis with her husband and their two young daughters.