After a summer that involved more than its share of friction, Mike Zimmer and Kirk Cousins are clearly on the same page.

The VIkings head coach and QB didn’t see eye-to-eye on Covid-related issues leading into the season, but any misgivings about their relationship seem to have faded as Cousins has played at an elite level this season.

Through three weeks of the season, Cousins is ranked behind only L.A. Rams quarterback Matthew Stafford in both Pro Football Focus’ QB ranking and ESPN’s QBR rating. Seattle’s Russell Wilson tops them both in the traditional quarterback rating.

In their weekly press availability Wednesday, both Cousins and Zimmer acknowledged the benefits of weekly film sessions they’ve instituted this season. 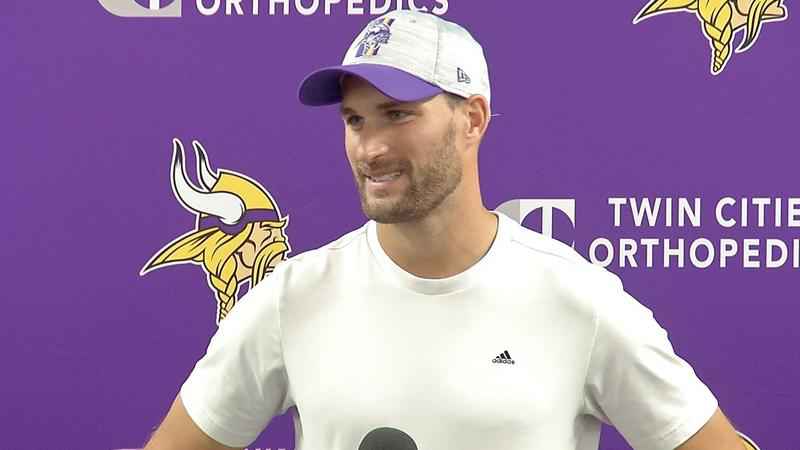 "We had done in the past and just gotten away from it," Cousins said. "This spring we met and just felt like it was a it was a no brainer to just kind of spend more time moving forward."

"The communication between both of us is much better I think," Zimmer said. "I understand some of the things he’s thinking about during the game, and I can kind of try to give him some tips on defensive backs or alignments – what teams are trying to do. He asks a lot of questions about defenses."

"I forget which week it was but coming out of Monday or Tuesday I had a thought for him that I knew, ‘Hey, Thursday, I’ve got my time for him, we’ll go over it then and we’ll talk about it then."

"No," Zimmer laughed. "He’s just playing really well. I don’t have anything to do with it."

The Vikings host Cleveland on Sunday.