It looked strange seeing Zach Parise skating in blue and orange gear during an offseason workout in Edina on Thursday morning, but Wild fans will have to adjust to seeing the former face of the franchise wearing New York Islanders colors.

Parise agreed to a deal with the Islanders several weeks ago, but the team cannot officially announce terms until some salary cap concerns are addressed.

In a chat with KSTP Sports Thursday morning, Parise acknowledged the 2020-21 season was tough. His final season with the Wild saw his playing time drastically reduced, including several stretches when he was a healthy scratch.

“That was a challenge," Parise said. "Knowing now what I know and with the way everything played out, it makes sense what was happening. Unfortunately when you’re in it you don’t really understand what the grand plan is, but now I see it. That’s the way it goes. 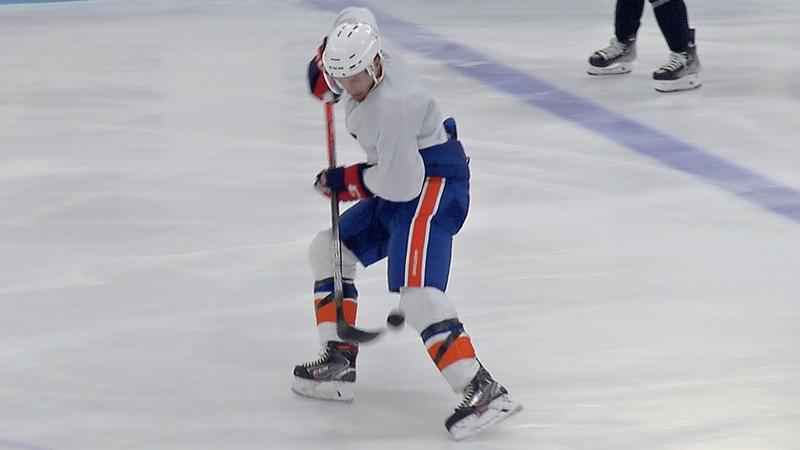 “During the season it’s hard to show up with a smile and work but, you know, that’s part of being a professional and making sure you stay ready whether it’s to play in a game or play in the playoffs or looking forward to the next year – maybe it’ll be somewhere else.

“You don’t want to waste a day of practicing, getting prepared or feeling sorry for myself because I just wanted to make sure was ready for when I did get a chance to play or if – where I am now – winding up on a different team.

On July 13th, the Wild bought out the remaining contracts of both Parise and defenseman Ryan Suter. The move came nine years and nine days after the two signed with the Wild in a move still regarded as one of the most drastic free agent moves in Minnesota pro sports history.

The eventual move to New York is happening two years after Parise was nearly traded to the Islanders in a midseason deal.

"Without getting into too much detail, I thought I was (joining the Islanders) a couple years ago at the deadline. Now it’s become real life and I’m excited about it," he said.

At age 37, much of Parise’s motivation in signing with New York is the franchise’s potential to win a Stanley Cup and prior relationships with several Islanders players.

“I’ve known a handful of the guys a longtime and played against a bunch," Parise said. "Knowing Brock (Nelson) from here, Anders (Lee), I played with Andy Greene in New Jersey and (Cal) Clutterbuck too. There’s a lot of guys that I know, I’m familiar with. I even met a few of the guys when I was out there earlier. It’s a really good group of players and a good group people off the ice. It’s gonna be good."

Playing in 558 games over nine seasons with the Wild, Parise scored 199 goals and 400 points – both third in franchise history. His 69 power play goals rank first in Wild history.

"Since day one, I – and my whole family really – was embraced by the crowed, fans, people in the community. We’re so grateful for that – how our family was treated off the ice.

"There’s things here – we’re always gonna come back here – but the way we were treated over the course of my time here from the fans. I really loved it. That stuff goes a long way and it’s really appreciated not only by me, but my wife and the kids. It was really awesome."