Unless postponed games get made up later this month, the St. Thomas women’s basketball team is officially done as a D-III program. They are set to join the Summit League in the Fall in this unprecedented jump up. Unfortunately for the Tommies since they have such a talented team, the NCAA made the decision to cancel the D-III winter championships.

We talked with coach Ruth Sinn and senior forward Kaia Porter (Roseville HS) about this condensed season, playing through a pandemic, and the move up to D-1.

***Click the video box above to watch our conversations with Sinn and Porter, and to see video from practice***

With the NCAA granting athletes a free year of eligibility, Porter has the option to play next season. It’ll be hard to turn down the chance to be part of the first D-1 Tommies team, but she told us that she hasn’t officially made a decision yet.

Sinn just wrapped up her 16th year has head coach at St. Thomas. She’s in the Tommies Hall of Fame. 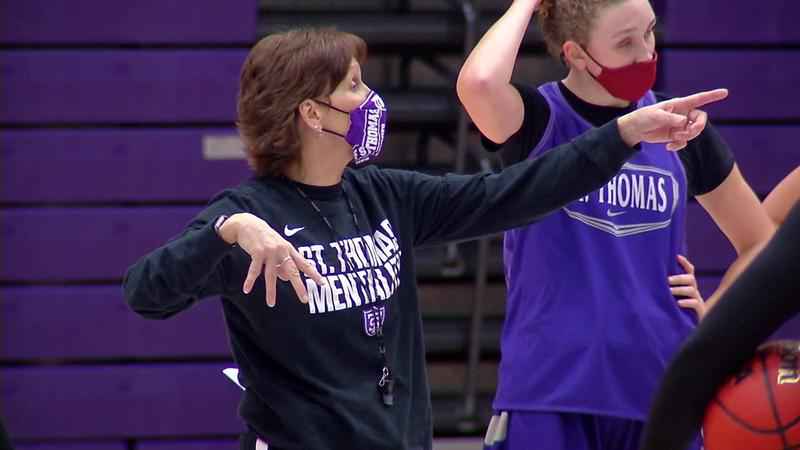