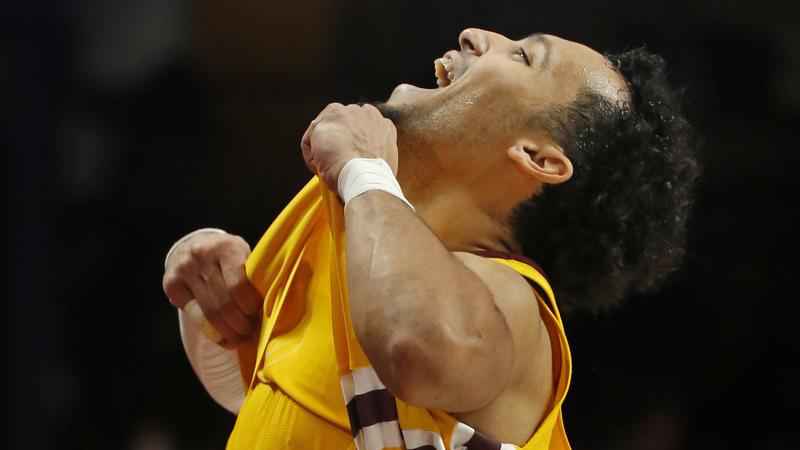 Payton Willis scored a career-high 32 points, matching a program record with eight 3-pointers, and short-handed Minnesota snapped a four-game losing streak with an improbable 68-65 win over Rutgers on Saturday.

Willis was 11-of-17 shooting, including 8 of 13 from the arc, with seven assists and scored 18 of his points in the second half. Despite his long-range prowess, Willis is just a 56% free-throw shooter but he made two with 2.8 seconds left. Ron Harper Jr., whose offensive foul had given the Gophers their final possession, missed from halfcourt at the buzzer.

Minnesota played without Jamison Battle, EJ Stephens and Eric Curry. They were out “due to either illness, COVID-19 health and safety protocols or injury,” the school announced earlier Saturday. Battle is the Gophers’ leading scorer and sixth in the Big Ten at 18 points per game. Stephens is third on the team at 12 ppg. Curry, the team’s leading rebounder, missed his second straight game with a sprained ankle.

Luke Loewe added 19 points and 6-foot-11 freshman Treyton Thompson, who had played just 28 minutes this season, added 10 points and six rebounds in helping give first-year coach Ben Johnson his first conference win at Williams Arena. The Gophers shot 54% from the field and the arc (13 of 24) and held their own down the stat sheet — except for points off the bench, outscored 12-0.

Geo Baker scored 17 of his 25 points and five of his career-tying seven 3-pointers in the second half for the Scarlet Knights (11-7, 5-3), who came in with six wins in their last seven games plus a four-game win streak over the Gophers. Harper added 12 points and Paul Mulcahy seven assists with seven points.

A Baker 3-pointer gave the Scarlet Knights their final lead with seven minutes to go before the Gophers finished the game on a 11-5 run. A Thompson dunk put them in front with around five five minutes to go.

Minnesota had the game’s only double-digit lead at 17-5 after a Loewe 3-pointer. Thompson sank the first two 3-pointers of his career in the first half, including one at the buzzer for a 31-30 Gophers lead.

Minnesota was missing players in a loss to Iowa on Sunday and then had to postpone a game Wednesday at Penn State because of COVID-10 protocols.

Rutgers is home against Maryland on Tuesday. Minnesota is home versus Ohio State on Thursday.