Joel Eriksson Ek’s highly-anticipated return to the Minnesota Wild lineup is on hold yet again. Just as he was set to return from an injury, he’s back out again after testing postive for Covid-19 on Thursday morning.

The Wild activated Victor Rask to fill Eriksson Ek’s spot in the lineup.

Meanwhile, goalie Cam Talbot joined the team for their optional skate at the TRIA Rink in St. Paul Thursday morning, but isn’t quite ready to jump back onto the active roster. He’s still dealing with a lower-body injury sustained in the Winter Classic.

On the other hand, forward Jordan Greenway is set to return and is expected to be in the lineup Friday at the Xcel Energy Center to face Anaheim. 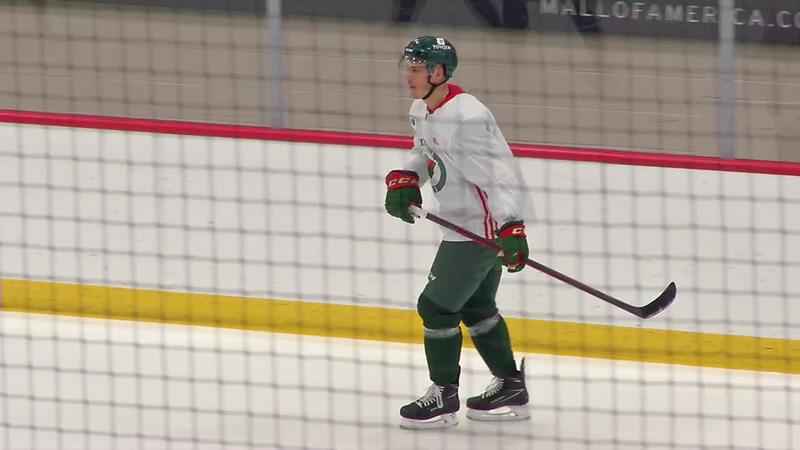 After playing just five games in the last month and only three in 24 days, Friday’s game is the first of eight the Wild have scheduled in a busy nineteen-day span that leads to the "Olympic Break" after their game on February 2nd.

Originally slated as three weeks off to allow NHL players to play in the Winter Games in Beijing, the NHL’s break may now be truncated to allow rescheduling of games postponed due to Covid outbreaks and capacity-controls in Canadian arenas.

(EDIT: A previous version of this story incorrectly listed the Wild’s opponent for Friday’s game)