Wild fall behind early, late in loss at Ottawa 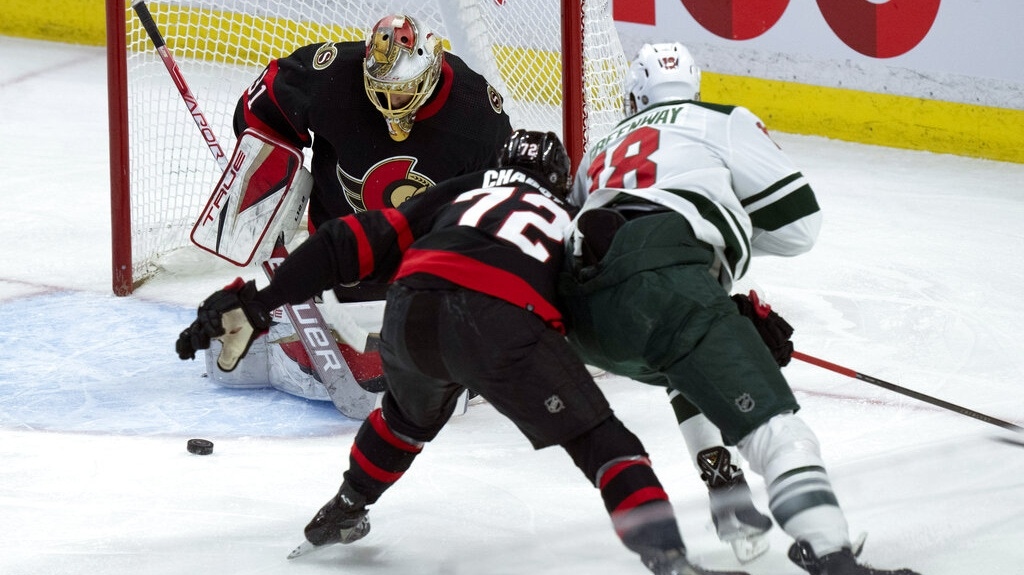 Defenseman Thomas Chabot collected two goals and an assist in his return from a four-game absence to fuel the host Ottawa Senators to a 4-3 victory over the Minnesota Wild on Tuesday.

Chabot, who had been sidelined by an undisclosed injury, scored the eventual winning goal with 5:45 remaining. His shot from the point deflected off the stick of Minnesota defenseman Calen Addison and past Cam Talbot (30 saves) for his fifth goal of the season.

The Senators snapped a nine-game skid (0-7-2) against the Wild.

Kevin Fiala recorded a goal and an assist for the Wild, who have lost three of their last four games. Captain Jared Spurgeon and fellow defenseman Jon Merrill also scored for Minnesota.