Wild rookie phenom Kirill Kaprizov was jovial and relaxed as he recapped the first few days of his his initial NHL training camp and his ongoing acclimation to life in the United States.

Kaprizov is joining the Wild for his NHL debut this season after they drafted him in the 2015 Draft. He’s been playing pro hockey in the Russian-based Kontinental Hockey League.

He’s been skating at training camp on a line with Nick Bjugstad and Zach Parise. 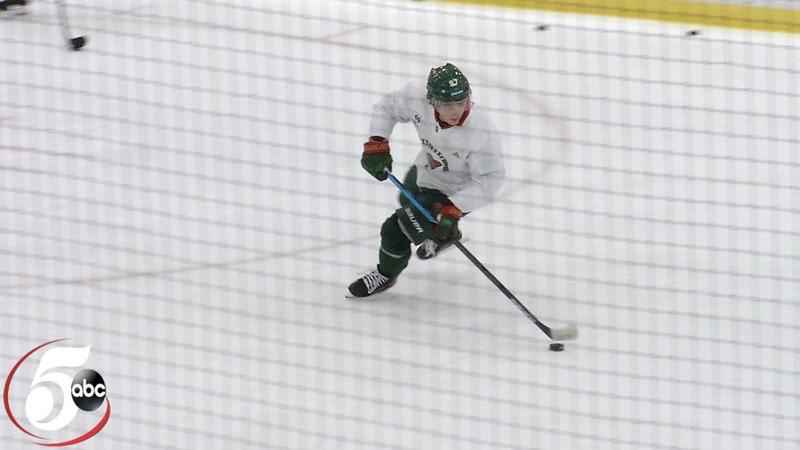