Minnesota Wild head coach Dean Evason met with the media, via Zoom, Wednesday morning ahead of their game against the St. Louis Blues.

***CLICK ON THE VIDEO BOX TO HEAR FROM EVASON, COLE, AND KAHKONEN***

Wild defenseman Ian Cole discussed how exciting this time of the year really is for him, how he can impart wisdom on teammates who have not had the experience he has had, his thoughts on goaltenders Cam Talbot and Kaapo Kahkonen, if he is going to "scoreboard watch" at the Colorado Avalanche and the Vegas Golden Knights, how he and Carson Soucy have clicked, and if he plans on growing out his beard for the playoffs.

Evason spoke about how focused the team is right now, how important Nick Bonino has been for the club, how deep the team is, Kahkonen’s importance, Ian Cole’s impact on the squad, and Talbot’s mentorship to Kahkonen.

Kahkonen talked about his biggest takeaway from the season, if anything has surprised him in his first full-time year in the NHL, if there was a theme for his good starts this year, if his confidence has grown this year, if he feels like he has contributed to the team’s success, and how he stays ready with the lack of practice time this season and the playoffs. 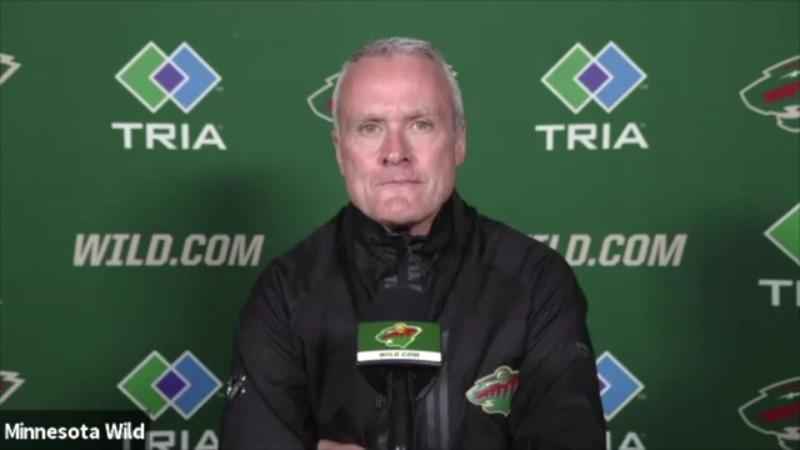 Minnesota Wild head coach Dean Evason met with the media, via Zoom, Wednesday morning ahead of their game against the St. Louis Blues.[KSTP Sports]