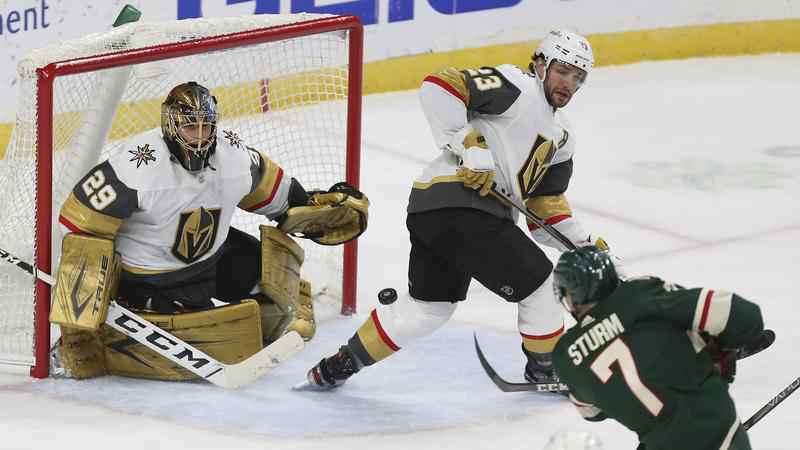 Kaapo Kahkonen stopped 24 shots to win his eighth consecutive start for Minnesota. Dylan Coghlan had a had trick for Vegas for the first three goals of his career.

Coghlan scored with 6 minutes left and then with the extra attacker with 2:10 remaining.

The Wild are two points behind the Golden Knights in the West Division.