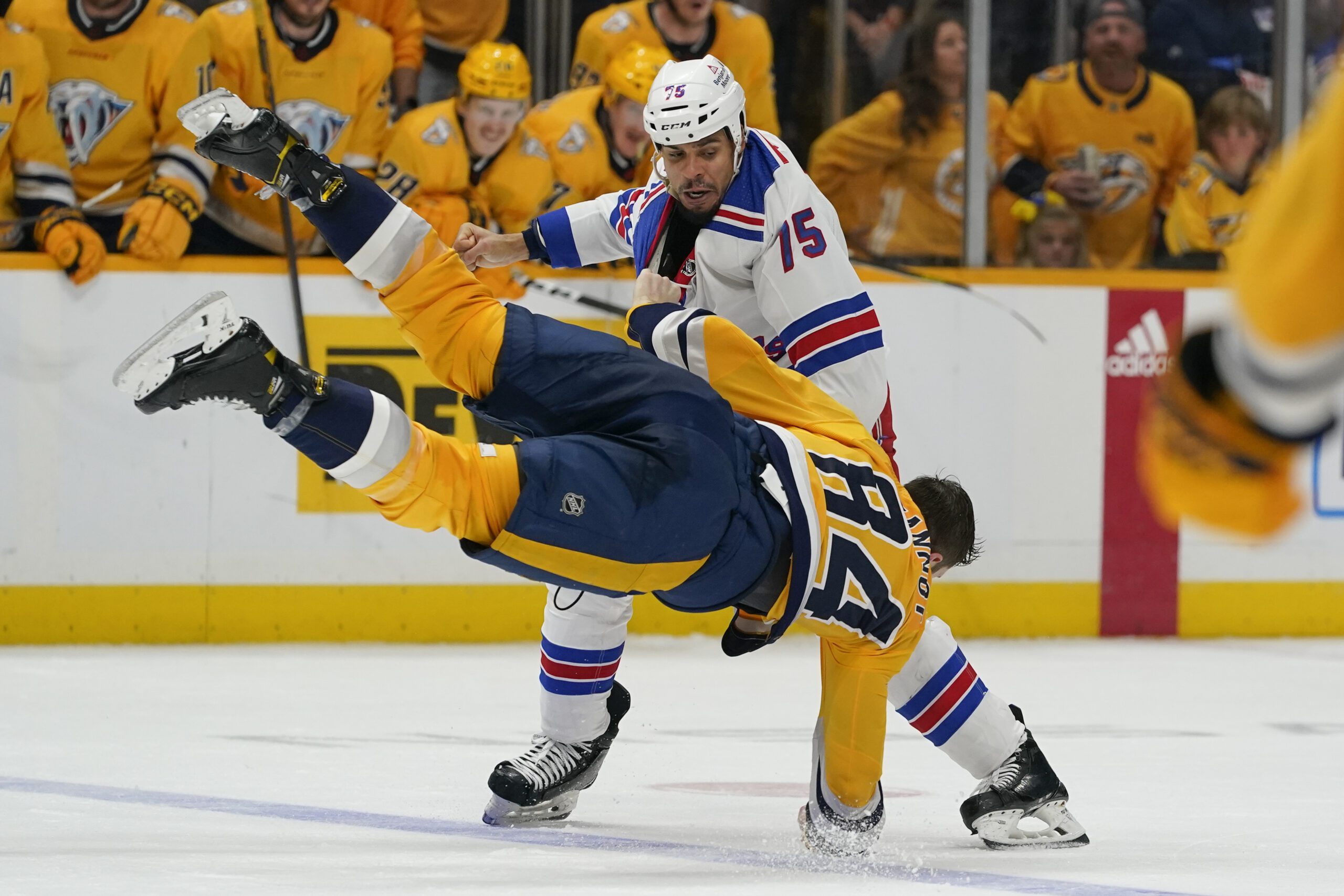 The Minnesota Wild announced Wednesday that they have acquired forward Ryan Reaves from the New York Rangers.

The Wild traded a fifth-round draft pick in 2025 for the 13-season veteran.

Reaves had previously played for the St. Louis Blues, Pittsburgh Penguins and Vegas Golden Knights before his stint with the Rangers.

A spokesperson for the Minnesota Wild said that Reaves will travel to Minnesota Wednesday and is expected to practice with the Wild on Thanksgiving. The team said that he could be available against Toronto on Friday.

Ryan Reaves ranks third in hits and sixth in penalty minutes among active players, according to the Wild.

The St. Louis Blues drafted Reaves in the fifth round of the 2005 NHL draft.