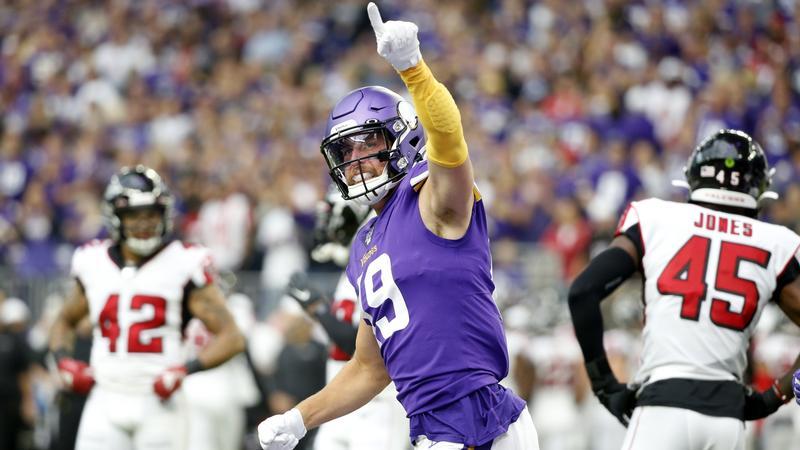 Minnesota Vikings wide receiver Adam Thielen celebrates after catching a 23-yard touchdown pass during the first half of an NFL football game against the Atlanta Falcons, Sunday, Sept. 8, 2019, in Minneapolis. [AP Photo/Bruce Kluckhohn]

It has been confirmed to KSTP Sports that Minnesota Vikings wide receiver Adam Thielen has restructured his contract.

Talks have been ongoing this week on his contract being restructured and it has been confirmed on Thursday.

According to the restructure, it involved converting much of his $11.1 million base salary into a signing bonus with the cap hit spread across future seasons.

There are three years left on Thielen’s contract. He is set to make over $12 million next season, more than $13 million in 2023 and $15.4 million during the final year of his pact.