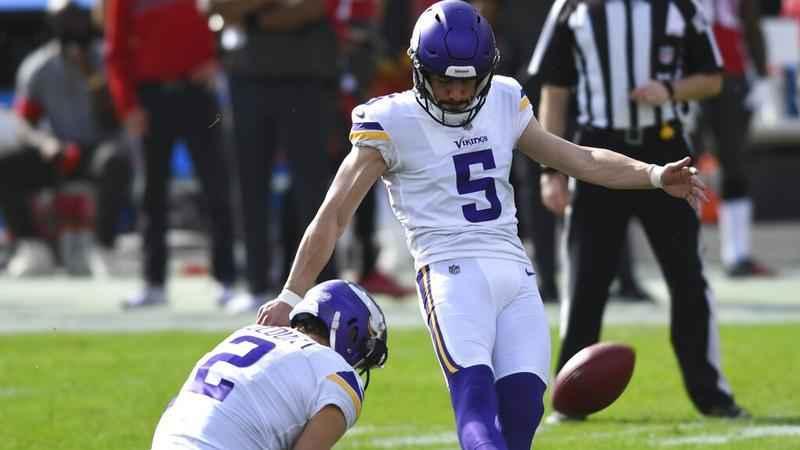 Minnesota Vikings' Dan Bailey (5) misses a field goal against the Tampa Bay Buccaneers during the first half of an NFL football game Sunday, Dec. 13, 2020, in Tampa, Fla.[(AP Photo/Jason Behnken)]

In three seasons with the team, Bailey made 63 of his 79 field goal attempts, including 6-10 from 50 or more yards. However, last year, Bailey made just 15 of 22 attempts.

He also had problems at times last season with extra-point attempts.

The news comes one month to the day after the team signed kicker Greg Joseph to a contract and a week after the team released longtime tight end Kyle Rudolph.