Vikings running backs coach Kennedy Polamalu met with reporters on Tuesday at training camp in Eagan. He touched on his players, plus his nephew, Troy Polamalu, entering the Hall of Fame over the weekend.

“When he got on stage, I couldn’t stop crying,’’ he said.

Troy Polamalu, a safety with Pittsburgh from 2003-14, named his uncle in his speech, which Kennedy called a “nice mention.” 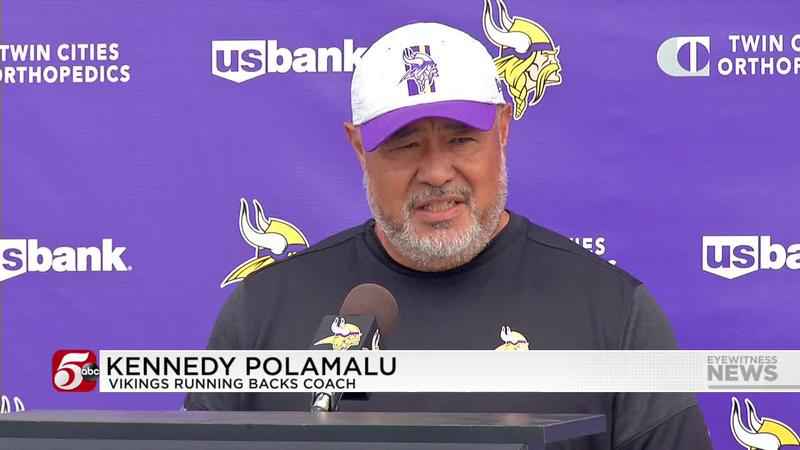 Kennedy Polamalu is working closely with offensive coordinator Klint Kubiak to find ways to get rookie running back Kene Nwangwu the ball. His speed has been evident through the first 12 days of camp.

His No. 1 back, Dalvin Cook, hopes to top last year’s 1,557 rushing yards, which were the second-most in the NFL. With a 17-game schedule now, that seems very possible.