***CLICK ON THE VIDEO BOX TO HEAR FROM JANOCKO AND KUBIAK***

Kubiak talked about rookie quarterback Kellen Mond’s improvement, if he shrank the playbook for their first preseason game against the Denver Broncos, if he expects to see some action from quarterback Kirk Cousins in the preseason, how Cousins can get better at improvising, how he feels Mond is doing at the two-minute drill, KJ Osborn expectations, what a third wideout will look like in a Kubiak offense, and what he sees in OL coach Phil Rauscher.

Janocko discussed if he sees Mond operating faster the last couple of practices, if Mond needs more passing situations in practice, how Cousins has helped Mond, if he knows what quarterbacks will be playing against the Colts, what it was like when the Vikings only had Jake Browning at quarterback, what Browning can do to lock down the backup quarterback position, and how he himself can help Cousins improve his off-script ability.

The Vikings host the Colts in preseason game No. 2 Saturday night at 7 p.m. 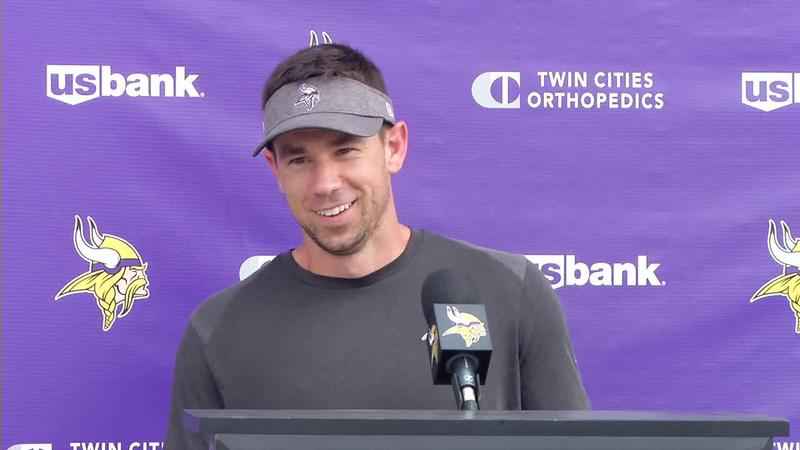