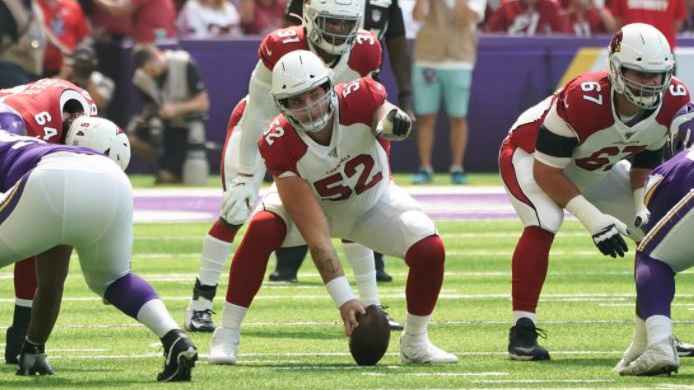 The Vikings traded a 2021 6th round pick to Arizona for OL Mason Cole, playing center in this picture.[Arizona Cardinals]

The Vikings traded a 2021 6th-round pick, No. 223 overall, to Arizona for OL Mason Cole. He started 14 games for Arizona last year at center, and he has guard flexibility too. In all likelihood, a guard is a position the Vikings will use him at.

Originally a third-round selection (97th overall) in the 2018 NFL Draft out of the University of Michigan, Cole has made 30 of his 32 career starts at center, with the others coming at left guard in 2019 in Weeks 9 and 10 against San Francisco and Tampa Bay.

In four seasons at Michigan (2014-17), Cole started all 51 games, setting a school record for an offensive lineman and tying the overall record for a Wolverines player.