KSTP Sports was in the Vikings’ locker room Sunday night following the playoff loss vs. the New York Giants. New York moves on to play Philadelphia in the second round, preventing the Vikings from getting a date with San Francisco.

The Vikings have just two playoff wins since the 2010 season.

***Click the video box above to watch those interviews***

Below is a story on the Vikings’ defensive struggles vs. NYG: 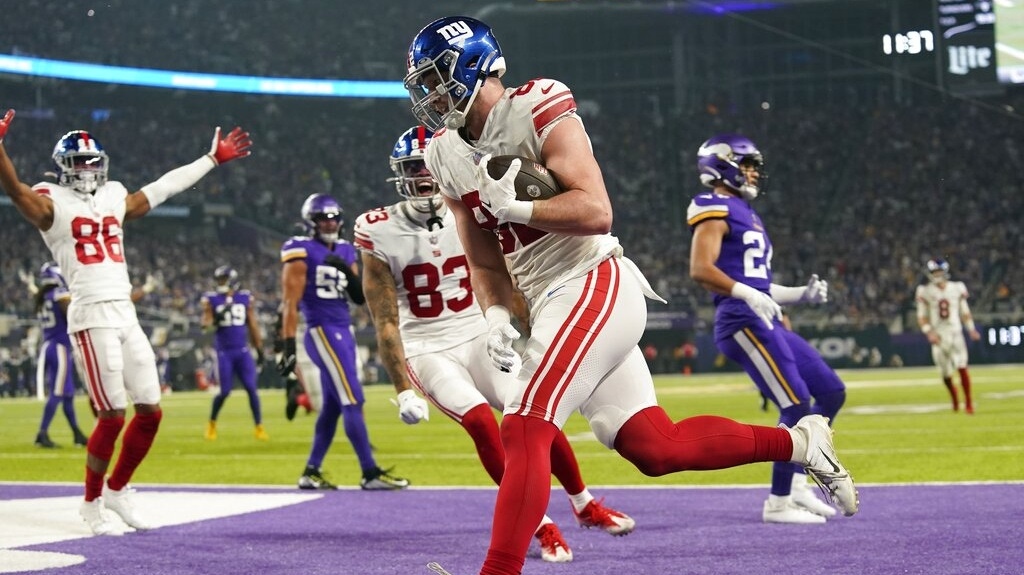 The Minnesota Vikings faced plenty of questions about their legitimacy as a contender in the NFC, the rare 13-win team with a negative point differential during the regular season.

The source of the doubt could be clearly traced back to a defense that finished second-to-last in the league in yards allowed, and their 31-24 wild card round loss to the New York Giants on Sunday was the final and most painful piece of evidence why.

Playoff newbie Daniel Jones passed for 301 yards and two touchdowns and ran for 78 yards to lead an unflappable performance by a Giants team that was nowhere near the NFL’s most productive offenses in 2022.

The tone was set the first time the Giants touched the ball, when they went 85 yards in five plays for the tying score — a 28-yard run around left end on a quick pitch to Saquon Barkley. He knifed through a seam between his blockers and scampered all the way down the sideline untouched.

Then the Giants went 81 yards in four snaps, capped by a touchdown pass by Jones to Isaiah Hodgins. The first play of that drive was a 47-yard pass to Darius Slayton, who sprung wide open on the type of crossing route the Vikings were vulnerable against so often this season with their two-high safety scheme and underneath zones.

Jones took advantage of the typically deep drops by Vikings linebackers into their coverages to run free when he didn’t see anyone open. Usually he did, with Hodgins and Slayton especially successful at working those spaces in the middle of the field.

“Credit to them: They had some good scheme stuff,” linebacker Jordan Hicks said. “We made some solid adjustments at halftime, added some pressure, got after them a bit, but we let a stream come from them, and a couple drives and we fell short — about one or two stops short.”

The 17 rushing attempts by Jones, including kneel-downs, were the second-most by a quarterback in a postseason game, according to Sportradar data available since 1948. Lamar Jackson ran the ball 20 times for Baltimore in a loss to Tennessee on Jan. 11, 2020. Only 13 quarterbacks in NFL history have rushed for more yards in a playoff game, per Sportradar.