The Vikings are now 11-0 in one score games this year, and have eight fourth quarter comebacks, including Saturday in the win over the Giants.

***Click the video box above to watch those interviews***

The Vikings remain in the No. 2 spot in the NFC playoff picture. San Francisco also won on Saturday, so they remain one game back, and do have tiebreaker. In other words, the Vikings need to finish ahead of the 49ers to be the 2 seed.

The 1 seed is still technically in play after the Eagles’ loss at Dallas. Philly is one game up on the Vikings in the standings, but with the tiebreaker, is two games up with two to go. 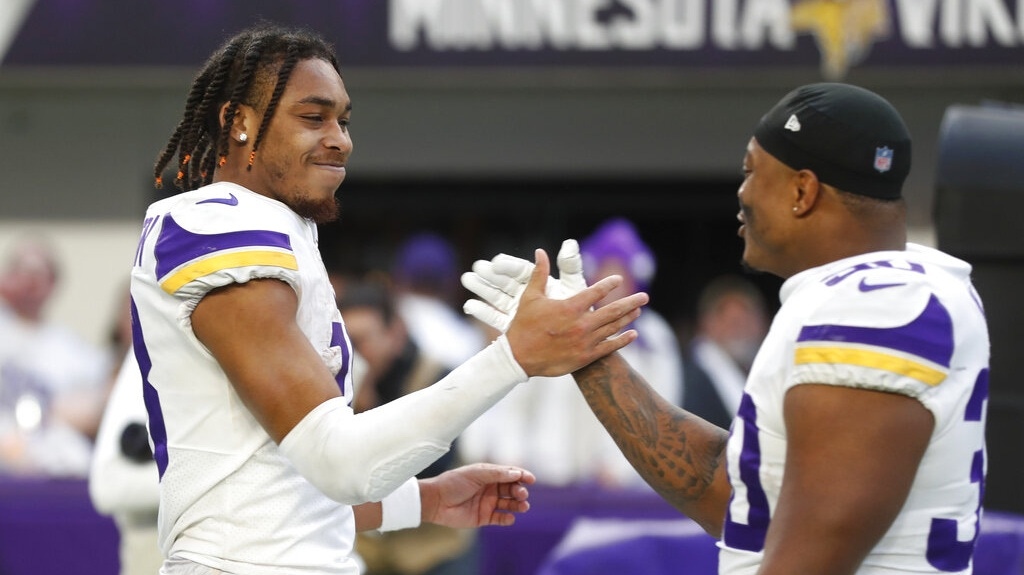 The Vikings play at Green Bay next Sunday at 3:25 p.m.