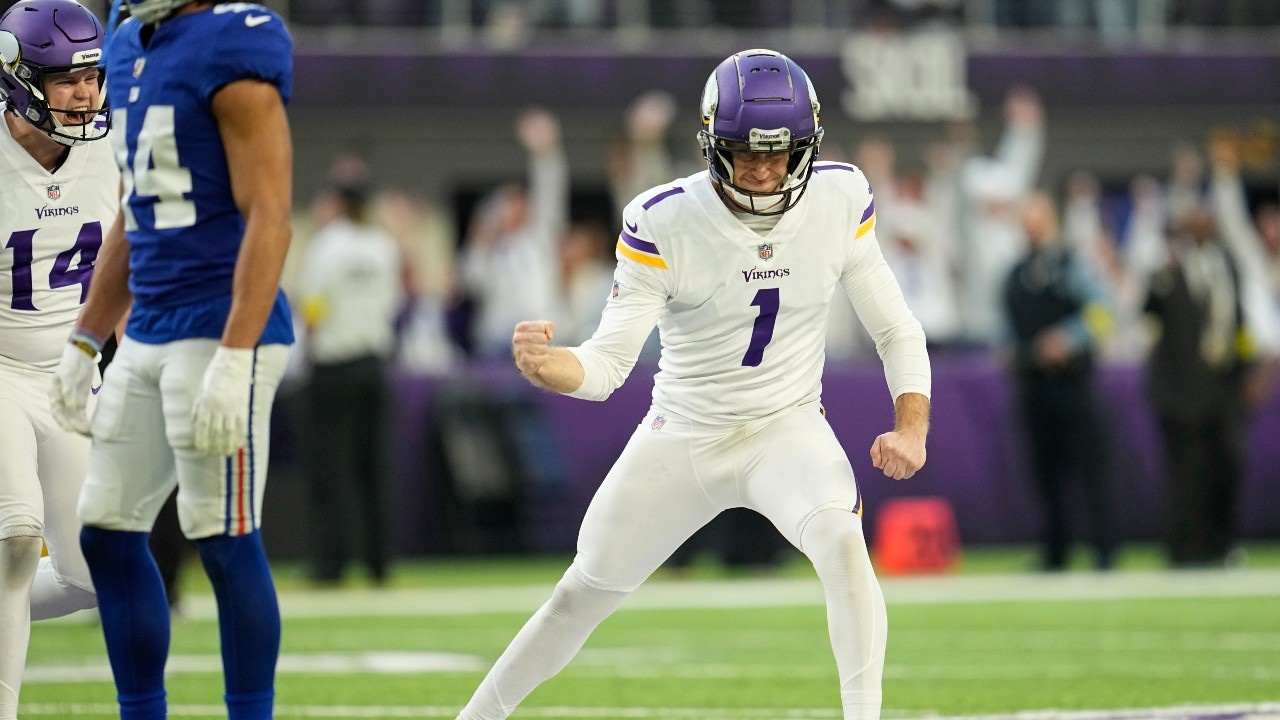 It’s the second time Joseph has won the award this season, joining the Chargers’ Cameron Dicker as the only kickers to win the honor multiple times this season.

In Saturday’s win over New York, Joseph made both of his field goal attempts and all three extra point attempts.

His 61-yard field goal was the longest in the entire NFL in Week 16 and the second-longest the entire season, behind only the 62-yarder by Harrison Butker in Week 6.

Joseph has had his ups and downs this season but has now connected on five game-winning field goals this season, which ties the record for most in a single season in league history.

He’s also now made 10 field goals of at least 50 yards in his Vikings career, trailing only Blair Walsh (24) and Ryan Longwell (11).

Minnesota is still clinging to a one-game lead for the No. 2 seed in the NFC heading into Sunday’s game at Green Bay.