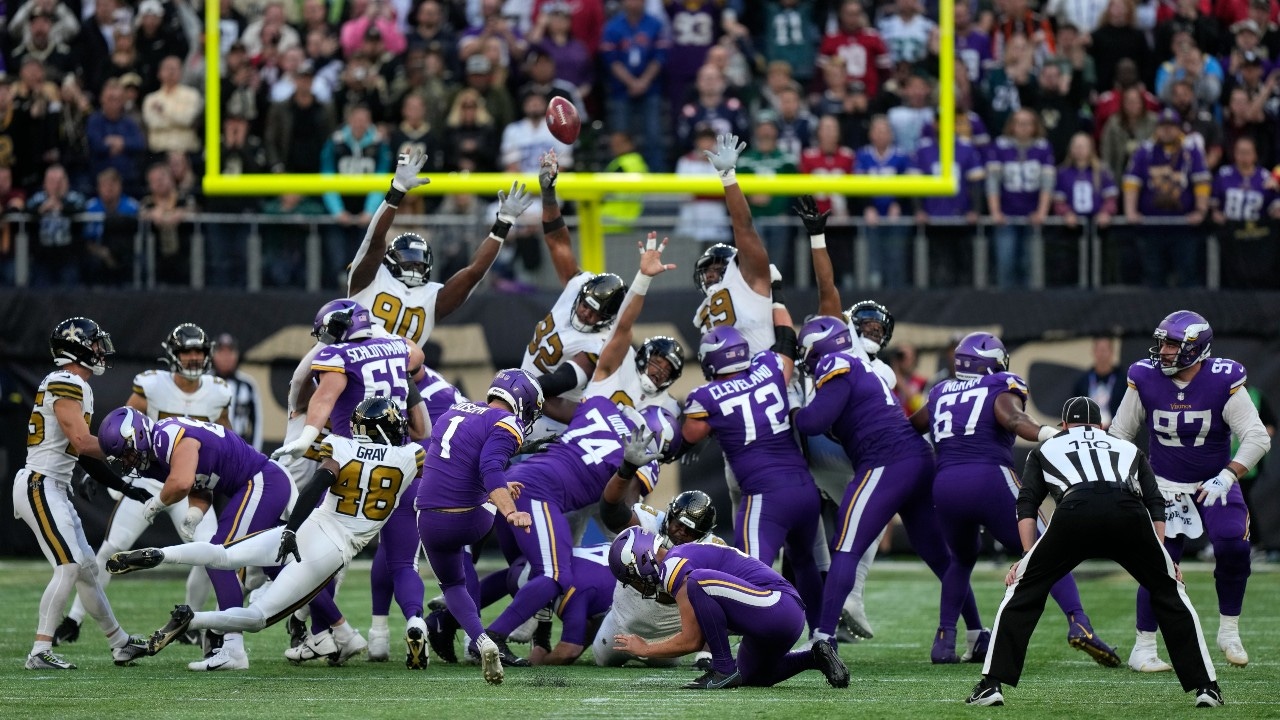 A Vikings player has received an honor from the NFL.

Wednesday, NFL officials announced kicker Greg Joseph was selected as this week’s NFC Special Teams Player of the Week after hitting all five field goals during Sunday’s game in London against the New Orleans Saints.

One of the field goals was from 47 yards out, which also happened to be the game-winning kick.

In addition, the Vikings said his five field goals set a new single-game career high for Joseph and made him only the ninth kicker in team history to make at least five field goals in a game.

So far, Joseph is the only NFL kicker to accomplish that this season.

The Vikings haven’t had an NFC Special Teams Player of the Week since 2019.