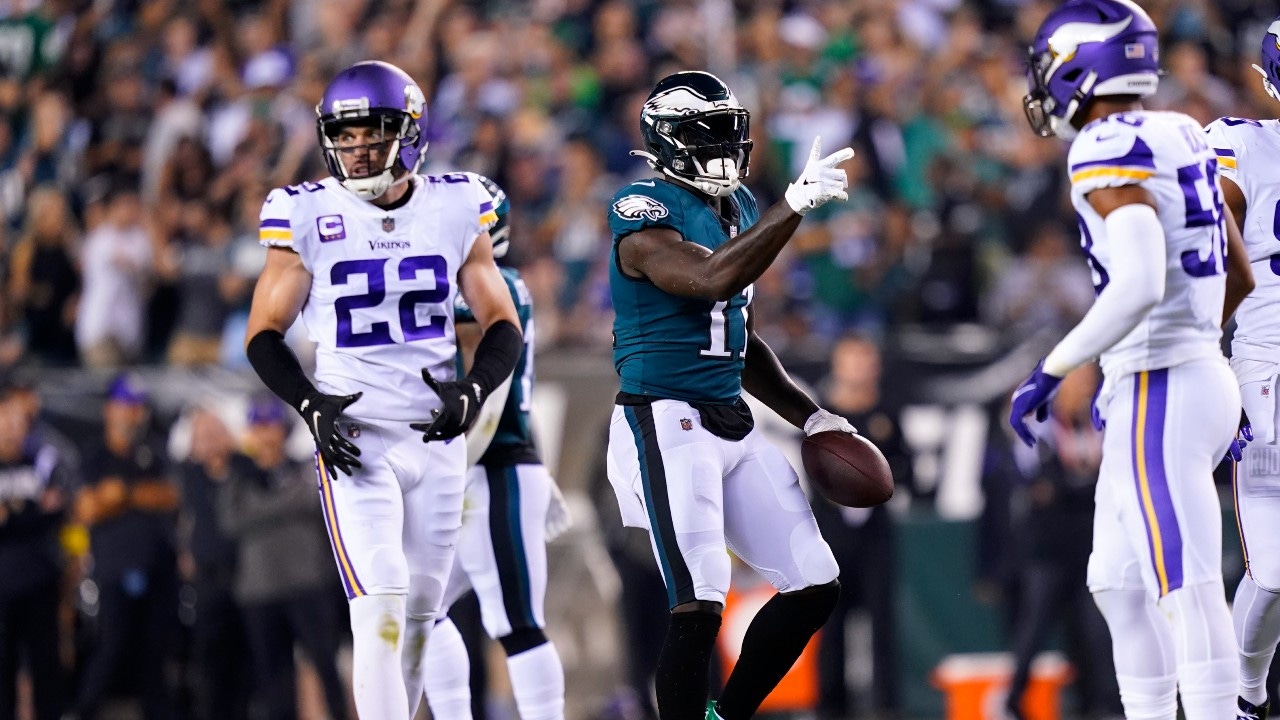 Philadelphia Eagles wide receiver A.J. Brown (11) celebrates in front of Minnesota Vikings safety Harrison Smith (22) after catching a pass for a first down during the first half of an NFL football game, Monday, Sept. 19, 2022, in Philadelphia. (AP Photo/Matt Slocum)

The Minnesota Vikings have ruled two players out of Sunday’s divisional game against the Detroit Lions and say one other starter is questionable.

The team will be without starting safety Harrison Smith and rookie cornerback Andrew Booth Jr.

Booth is still dealing with a quad injury, which also kept him out of Monday’s game in Philadelphia. Smith suffered a concussion against the Eagles and is still in concussion protocols.

Meanwhile, the team says starting linebacker Eric Kendricks is dealing with a toe injury and is questionable for Sunday’s game.

The Vikings are hoping to move to 2-1 with a win against Detroit, who is also 1-1.