Vikings gearing up for Panthers

***CLICK ON THE VIDEO BOX TO HEAR FROM ZIMMER, KIRK COUSINS, AND DALVIN COOK***

Zimmer discussed the Carolina Panthers as a whole, quarterback Sam Darnold’s improvement, running back Christian McCaffrey, the Vikings run defense, how rookie offensive lineman Christian Darrisaw did in his first NFL game, if he can have a better offensive gameplan in the second halves of games, if he feels it is harder for a defense to stop an offense that is going for a game-winning field goal drive, and what his ideal NFL draft class looks like.

Vikings quarterback Kirk Cousins talked about facing the Panthers on the road, how the offense can improve in the second half, how they plan out the second half throughout the week, what running back Dalvin Cook brings to the offense, what he saw in Darrisaw, what he sees in the Panther’s defense, how much confidence he has knowing the team has made three fourth-quarter comebacks this season, and his love for actor Nicolas Cage. 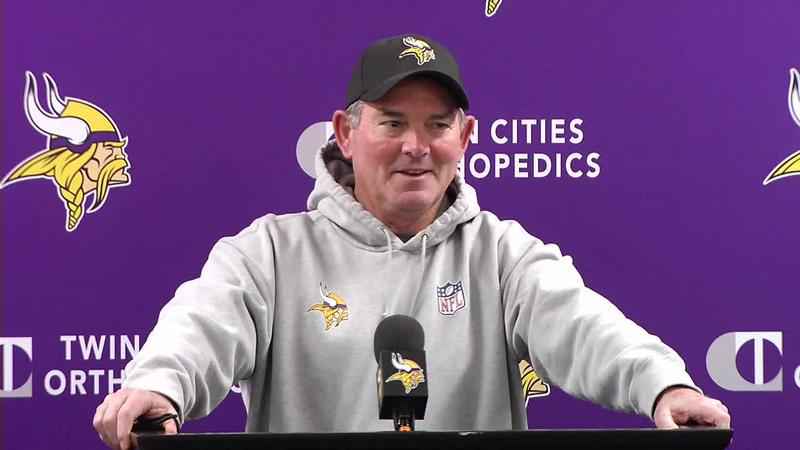