Vikings coach Zimmer has moved on to Steelers game prep

The Vikings’ loss to the Lions couldn’t have come at a worse time. But with a game Thursday night vs. the Steelers, it’s time to regroup, and fast.

"We have to get focused quickly on this game with a short week. (There’s) a lot of preparation for it being a short week. We’ll do extra film study. It’s more mental than physical this week," said Vikings coach Mike Zimmer.

With the Vikings at 5-7 on the season, there’s little room for error as the team fights for a playoff spot. When Kirk Cousins was asked if this was a "must-win game," Cousins threw it back at the reporter. 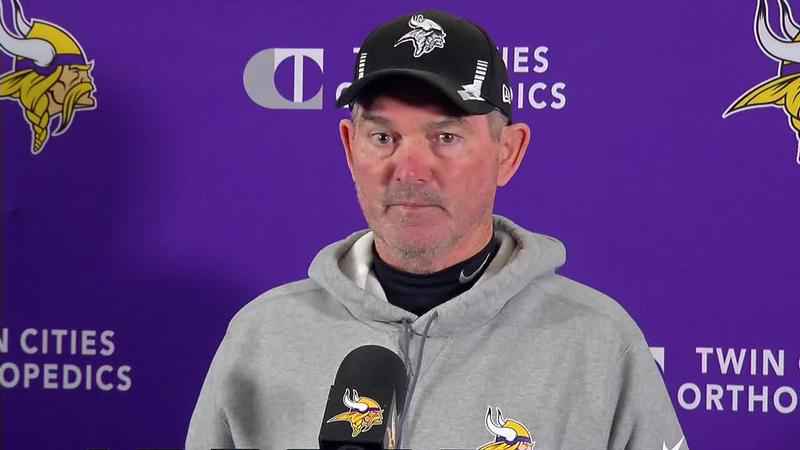 "Based on the NFC, eight wins might get you in." Cousins added, "So eight might do it, if not 10 for sure? I don’t know. We need to take it one game at a time. I’ve never put my hands under center and not felt like it was a must-win. When I step between the white lines, it feels like a must-win to me."

Pittsburgh is currently 6-5-1 and a half-game behind the Bills for the No. 7 and final seed in the AFC. The Vikings are sitting at the No. 9 spot in the NFC, a full game behind the 49ers.