The Minnesota Vikings have added some more competition for the backup quarterback spot after continued struggles in Saturday’s preseason game.

Monday, the Vikings acquired Nick Mullens from the Las Vegas Raiders in exchange for a conditional 2024 seventh-round draft pick.

Mullens, 27, has played in 20 career NFL games across his five-year career, including 17 starts. He holds career lines of 407 completions on 630 passing attempts for 4,861 yards, 26 touchdowns, 22 interceptions and an 87.3 passer rating.

Mullens has previously played for the 49ers, Browns and Eagles, and his time in San Francisco and Cleveland coincided with General Manager Kwesi Adofo-Mensah’s time with those organizations.

This preseason, Minnesota’s backup quarterbacks have struggled to consistently move the ball. 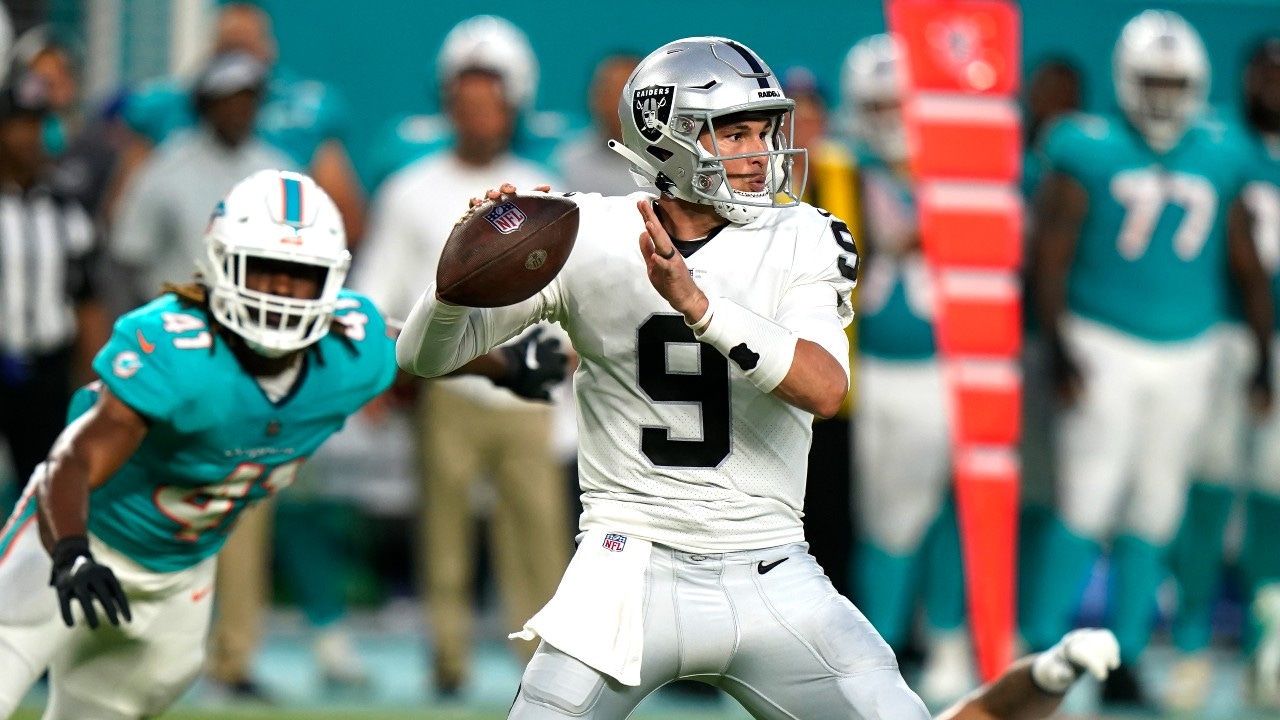 Veteran Sean Mannion is 18 of 27 for 144 yards with zero touchdowns or interceptions across two games this preseason. His competition for the backup spot, second-year quarterback Kellen Mond, is 19 of 34 for 201 yards with two touchdowns and two interceptions.

Mullens has already played in three preseason games, going a collective 21 of 29 for 205 yards, one touchdown and no interceptions.

Minnesota finishes its preseason slate with a matchup in Denver on Saturday night.

The Vikings open the regular season at home on Sept. 11 against the rival Green Bay Packers.