Minnesota United came into Sunday afternoon’s scrap with the Seattle Sounders looking to take a little revenge for a pair of defeats, namely their 4-0 season-opening loss and their 3-2 collapse in the Western Conference Final last season, both in Seattle.

In fact, the Loons had never beaten the Sounders in MLS, and Seattle came into the game with a 13-game unbeaten streak that has them sitting atop the Supporters Shield race. The Loons didn’t let any of that get to them, coming out on the front foot and keeping the Sounders uncomfortable until sub Niko Hansen’s cross in the 81st minute found Robin Lod for the tap in, giving MNUFC a massive home win.

Heath was particularly pleased with how his team responded the first 35 minutes of Sunday’s game. That came on the heels of Heath questioning his team’s effort in their previous loss at Colorado. 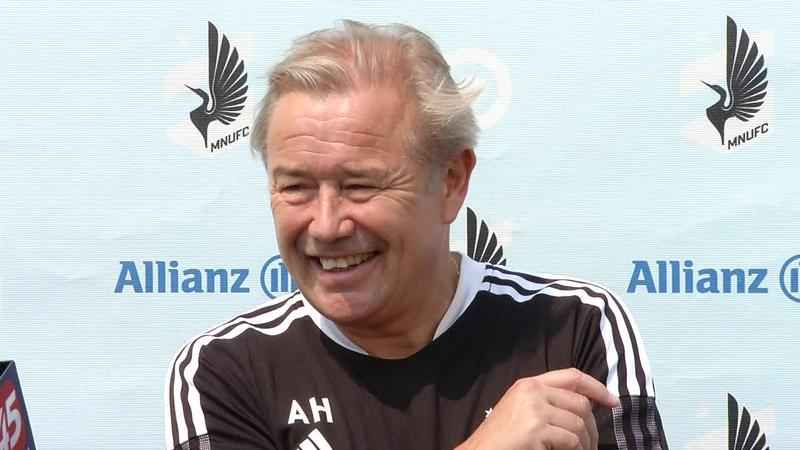 United FC head coach Adrian Heath was all smiles after practice on Tuesday in Blaine.[KSTP/Scott Wise]

Heath provided an injury update on center back Michael Boxall (thigh). He was running off to the side, and could be back for Saturday’s home game vs. Portland.

One final note: right back Romain Metanire is back in training in Blaine on Tuesday after his trip to France to get his U.S. green card.